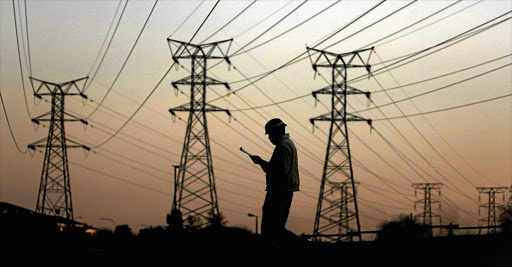 An Ekurhuleni metro cop died after being was electrocuted at the Estera substation in Germiston on Tuesday.
Image: MARIANNE SCHWANKHART

An Ekurhuleni metro police department (EMPD) officer died after he was electrocuted at the Estera substation in Germiston on Tuesday.

EMPD spokesperson Kobeli Mokheseng said on Wednesday the officer was in the area of Lambton when he had received a call that a group of suspicious people had gathered at the substation nearby.

"He responded to the substation and got out of his vehicle to greet them. He later found out that they were private contractors that were waiting to do work at the substation," said Mokheseng.

"As he pointed at a hole in the substation door telling the contractors to fix it, he was electrocuted. I think he was too close."

He held a senior rank within the EMPD.

Mokheseng said the matter was under investigation.

About 80 Johannesburg cops will be deployed undercover to fight the escalating crime in the CBD.
News
3 years ago

As South Africans made their way to voting stations on Wednesday, two JMPD officers helped rescue an abandoned newborn baby.
News
3 years ago
Next Article