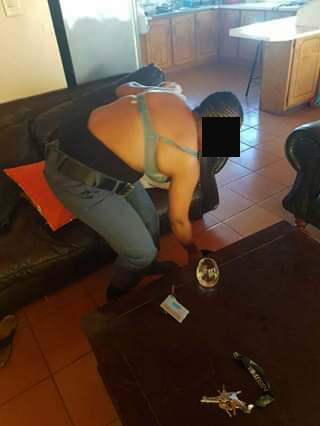 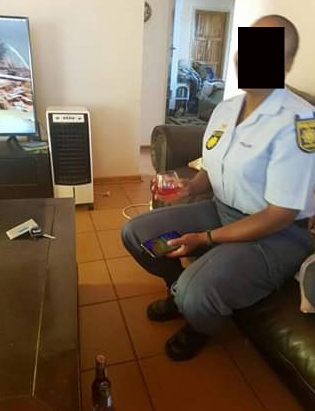 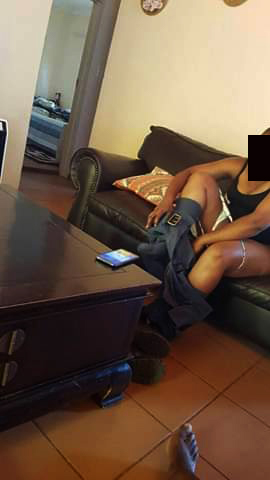 Authorities are investigating how pictures of a police woman undressing were taken and shared on social media.

In the pictures shared on Facebook, the woman is seen sitting on a sofa with a cellphone in one hand and what looks like a glass of alcohol in the other.

Another picture then shows the woman with the glass closer to her mouth while the last two pictures show her undressing, even revealing her panties. In the pictures, the woman seems to be aware in the first picture that someone was taking the pictures as she smiles in the direction of the camera.

However, it is difficult to tell whether in the other picture where she is undressing, she was fully aware of what was happening. It is unclear at this stage whether the pictures were shared by the woman in the picture or someone else did it with or without her consent.

“We have identified this member and a senior officer has been tasked to investigate this matter. In the meantime, we cannot say exactly who distributed these photographs. We would like to reassure the nation that we are viewing this matter in a very serious [light]. The investigation is still in its early stages. No further details can be disclosed,” Naidoo said.

“How stupid is the person who took pictures of this woman[translated],” said one of the Facebook users. Another user sympathised with the woman: “Poor lady, I hope she’s okay.”