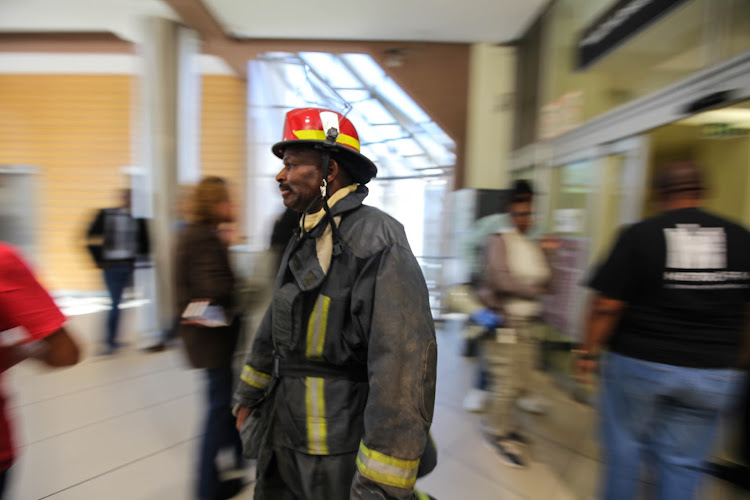 SABC employees were evacuated after a diesle spillage on Wednesday
Image: Alaister Russell

A "large volume" of diesel spillage forced staff at the SABC building in Auckland to be evacuated on Wednesday.

According to the SABC, the diesel came from back-up generators used in the event of power outages at Radio Park.

“Due to the aging and failure of the equipment, this led to the diesel tank overflowing,” said SABC spokesperson Vuyo Mthembu.

“The health and safety of SABC employees is of paramount importance and, as a precautionary measure, all our employees from the Radio Park building have been safely evacuated.”

However, Netcare said three patients were treated for chemical inhalation.

“Three patients suffered the effects of chemical inhalation and were treated on scene before being transported by ambulance to hospital for further assessment. The Fire and Rescue Services are on scene and are currently dealing with the incident,” said Netcare spokesperson Shawn Herbst.

Herbst said it was alleged that there were people who were still stuck two floors above the floor where the spillage happened and “were unable to leave due to the intoxicating fumes”.

It is not clear how this has affected production as the building houses most of the public broadcaster’s radio stations including its flagship commercial stations Metro FM and 5FM.