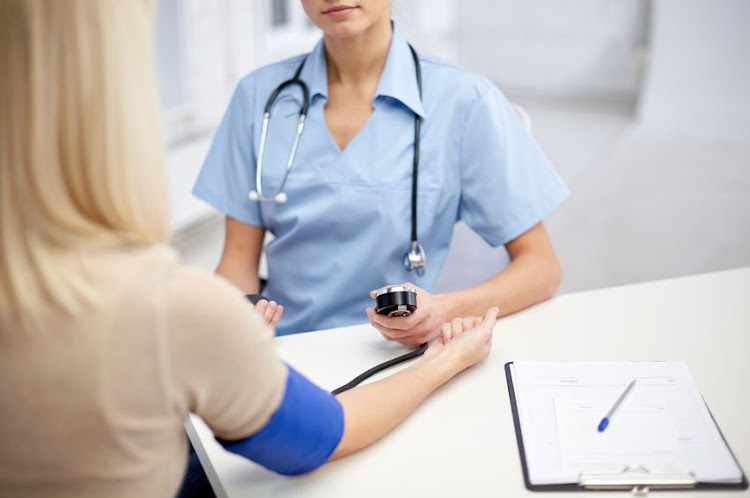 It is reported that over 10million people have died from hypertension.
Image: 123RF / dolgachov

An alarming number of South Africans are unaware that they have high blood pressure which could trigger a strokes and other life threatening diseases.

Experts who spoke during the launch of a the May Measurement Month (MMM) campaign  held in Johannesburg  on Tuesday warned that failure to get screened would result in more people dying prematurely from lifestyle diseases linked to hypertension. The launch took place ahead of Works Hypertension Day on May 17 every year.

The condition has been linked to 10 million deaths globally.

President for the International Hypertension Society Prof Alta Schutte they started the MMM campaign during 2017 after realising the crisis related to undiagnosed hypertension.

The campaign involves sending out volunteers into communities to screen people and spread awareness.

Cut down on salt for health's sake

Research has shown that excessive salt intake is harmful to people's health. It can lead to high blood pressure and increase the risk of heart ...
Opinion
2 years ago

Schutte  said the problem was bigger in lower income countries.

She said most people died from hypertension because they are unaware that they have the condition.

"They don't know that they are like a ticking time bomb and might get a stroke later on," Schutte said.

Head of the MMM campaign Prof Angela Woodiwiss said about 6,000 people were screened through the initiative between 2017 and 2018.

Woodiwiss it concerning to discover that a quarter of young  people screened in 2017 were hypertensive but did not know it.

She said the data showed that urgent intervention was needed to get screened and placed on treatment where needed.