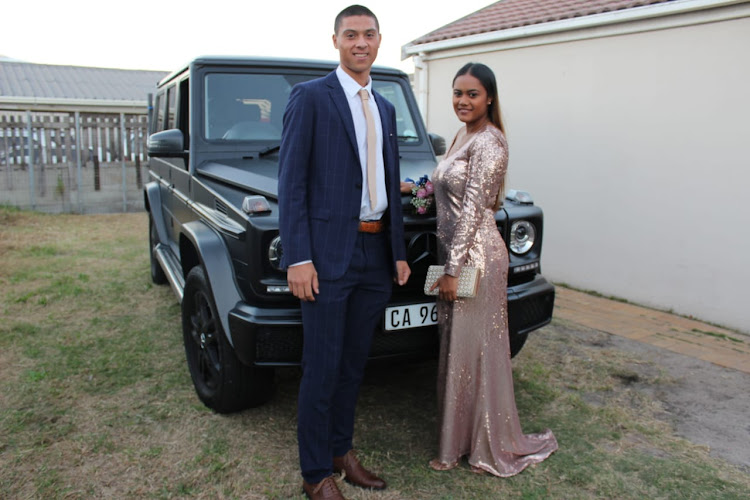 Fortune tends to favour the brave, and this was certainly the case for one Bergvliet High School student, whose random request to a stranger was rewarded beyond her expectations.

Zayan Abrahams, 17, saw no harm in leaving a note on the windscreen of a G-class Mercedes she saw in Claremont, Cape Town, asking if she could use the car to go to her  matric dance last month.

Little did she know that the car had a gracious - and famous - owner: Proteas star Dale Steyn.

"I just tore a piece of paper out of my book and stuck it on the windscreen. I had no idea that it was his car," she said.

Abrahams was blown away by the kind gesture - but was more shocked to find out that the bowler would not just let her use the car, but would also chauffeur her to the dance.

"He actually drove us in, it was amazing!" she said.

"He was a very nice guy, really down to earth. He spoke with us and was very sweet.”

The matric student admitted that she isn't a big cricket fan, so most of the conversation on the short car ride was between Steyn and her partner, Cody Waldegrave.

"My partner mostly spoke to him," she said. "We spoke about his car, how he started his career and about his girlfriend as well."

Steyn recorded the events in an Instagram video and wished the couple well on their big night.

Rapport said at the weekend that Steyn, speaking Afrikaans, asked his followers to cross their fingers for him as he took on the "responsibility" of being a chauffeur.

Abrahams is currently writing exams and hopes that Steyn's generosity will be a sign of more good luck to come.

The National Student Financial Aid Scheme has launched a training programme that will benefit unemployed graduates.
News
2 years ago
Next Article