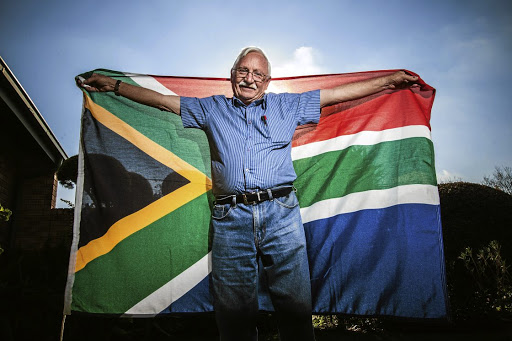 The man who unified South Africa has died.

Fred Brownell, designer of the democratic SA flag, died at his home in Pretoria on Friday evening at the age of 79.

"The name of Fred Brownell is one that is synonymous with the journey taken by this fledgling democracy in the role he played in designing and producing the flag of post-democratic SA," arts and culture minister Nathi Mthethwa said in a statement yesterday.

Brownell was SA's state herald from 1982 to 2002 and was responsible for approving the design and registration of coats of arms, badges and flags. He first started toying with a design for the new flag after former SA president FW de Klerk announced in Parliament on February 2 1990 that Nelson Mandela would be freed.

"As state herald, you have to look ahead. But every bright idea I had went straight into the wastepaper basket," Brownell said at the time.

About 7,000 proposed designs were submitted and eventually whittled down to six. Brownell's design was one of five presented to the committee and the cabinet.

A lot has changed for the better since 1994, my dad's home town bears strong evidence

The election was time to rededicate ourselves to what we had signed up for: democracy not corruption
Opinion
3 years ago

The design needed the approval of Mandela, who was in Rustenburg. There was no time to get the proposed flag to him, so a drawing was faxed to Rustenburg, where it was coloured before it was shown to Mandela, who approved it.

Brownell's daughter, Claire, persuaded her father to revise the design of the flag because the original looked too much like the peace symbol.

Brownell graduated with a PhD in history from the University of Pretoria in 2015. His thesis focused on the symbolism of the flag he designed.

Mthethwa described the democratic SA flag as a "unifying symbol".

"It is impossible to ignore the historical coincidence of Brownell's death upon SA's completion of its successful sixth national and provincial elections, and mere days after SA celebrated 25 years of independence."