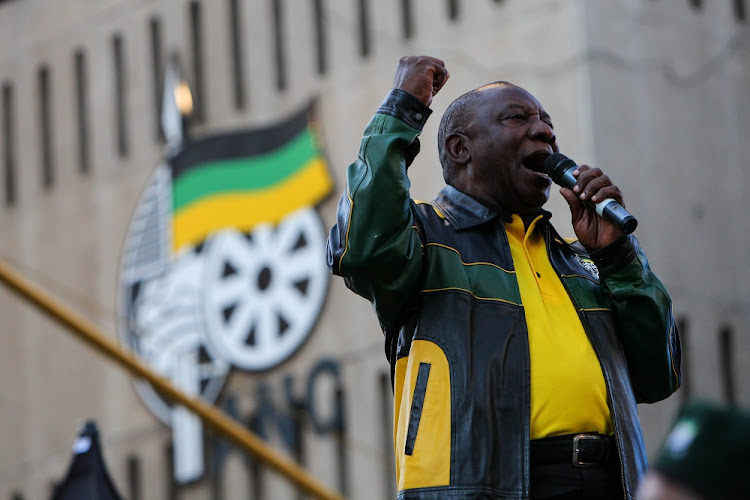 ANC members gather at Luthuli House in Johannesburg, May 12 2019, where ANC president Cyril Ramaphosa, pictured, an other party leadership thanked voters for their role in their victory in the sixth general election.
Image: Alaister Russell/Sunday Times

The real work starts now. That was the message from President Cyril Ramaphosa on Sunday during an ANC celebration rally outside Luthuli House in the Johannesburg city centre.

“Now is the time to work, because this is now when the real work begins … This [party] is the face of service delivery. Our people who were protesting, our people who were not happy with us, it’s not that they were mad … They were expressing their frustration. Now is the time for us to go and address their concerns. As the leadership, we are going to go back to all those communities which were raising issues," said Ramaphosa.

The ruling party won 57.5% of the votes in the recent general elections, retaining power for the next five years. 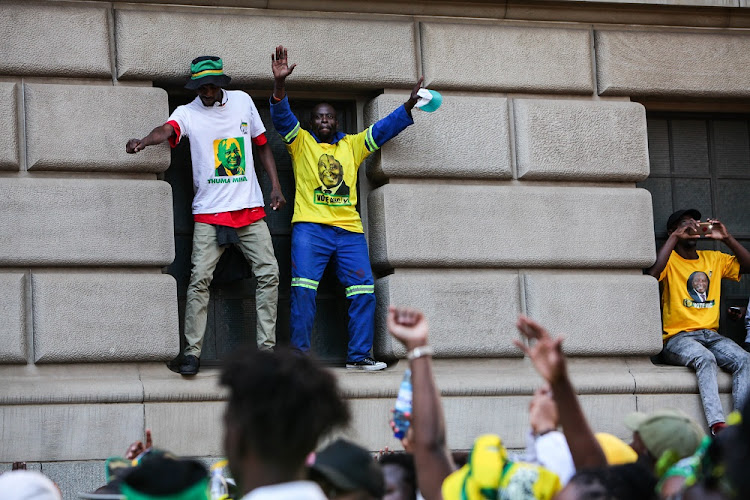 ANC members gather at Luthuli House in Johannesburg, May 12 2019, where the ANC leadership thanked voters for their role in their victory in the sixth general election.
Image: Alaister Russell/The Sunday Times

Ramaphosa, who will formally be inaugurated for a new term of office as president on May 25, called the elections the most difficult campaign yet, but “in the end, comrades, it does not matter how you get there, as long as you get there”.

“Even though we did not succeed in the Western Cape … It is going to come back.”

Ramaphosa told supporters the ANC would ensure housing, jobs, water and an end to gender-based violence and state capture. 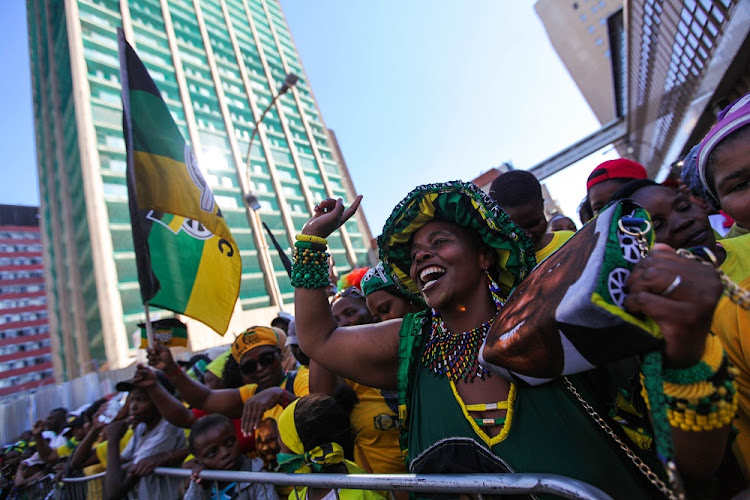 ANC members gather at Luthuli House in the Johannesburg city centre, May 12 2019, where the ANC leadership thanked voters for their role in the party's victory in the sixth general elections.
Image: Alaister Russell/Sunday Times

“We must never, ever, ever go back to state capture … The Zondo Commission must be a thing of the past … They were saying [the electorate] at national level, provincial level, local government level, we must end corruption. And, comrades, we are going to end corruption.”

Ramaphosa said the ANC must be united to “clean it of all the bad tendencies”.

He pledged: “We will clean it of all the deviant tendencies.”