IEC intends to oppose any interdict of declaration of results

The Independent Electoral Commission (IEC) will oppose any attempt to interdict the announcement of the declaration of the results.

Speaking at the national results operations centre on Saturday, chief electoral officer Sy Mamabolo indicated that the commission will not allow disgruntled smaller parties to prevent it from doing its work.

“The IEC will have to oppose that interdiction. We need to execute our work," Mamabolo said. 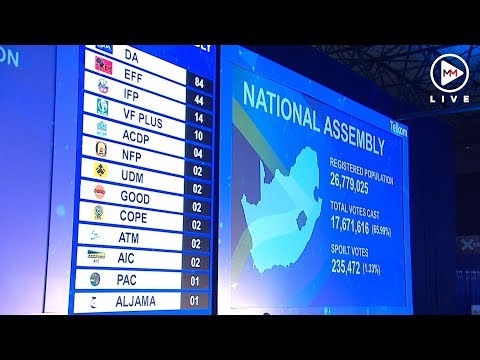 “I think the discourse has been punctuated with emotions and we have lost rationality in some quarters. The IEC will ensure that it discharges its functions without delay, so if there’s an application to interdict, it’s an application that we will have to oppose,” Mamabolo said.

Thirty-five parties have complained that the elections were not free and fair and have threatened to head to the electoral court.

Mamabolo said problems and glitches are to be expected in any election across the world, but not to the effect of voting irregularities as claimed by these parties.

“In any election you are going to have problems... but I get a sense that we want to take a few of the problems and generalise them for the whole population. That can’t be. We have got to assess materiality and see whether it seriously vitiated or imperiled the credibility of the process.”

The parties have since called for a proposed independent investigation to be conducted before the official results are announced on Saturday evening.

Earlier this week, they argued that the fact that the IEC admitted that there were some irregularities warranted an audit and a rerun of the elections.

However, Mamabolo said the parties could not make such bold statements when the scoreboard reflects transparency.

Mamabolo said: “What I can say is that these elections and the results on the board reflect the will of the majority of the voters. If double voting has impacted [the elections], then it must have happened on such a grand scale as to influence close to over 17-million voters, and I think in the discourse that fact is lost.”

A record of 48 parties appeared on the ballot this year.

“The IEC we will have to oppose that interdiction. We need to execute our work.

“There may have been glitches here and there so we will not let It’s not part of legislative requirement".