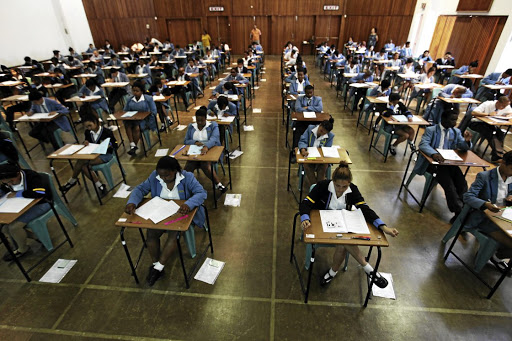 Matriculants throughout the country are sitting for their half-year examinations./ Shelley Christians

The first week of the mid-year examinations for matrics has gone without any glitches.

There are 350,000 registered candidates who are sitting for these exams.

About 127,813 candidates will today sit for mathematics Paper 1, maths literacy and technical maths.

The exams are identical to the November National Senior Certificate examinations.

"Due to the national elections the papers that were meant to be written on Wednesday and Thursday had to be shifted to 13 and 14 June. Tomorrow, [they] will start writing difficult papers," Mhlanga said yesterday.

Hundreds of thousands of pupils resit matric exam finals of 2018

About 350,000 pupils will sit for the first annual mid-year matric examinations as from Thursda
News
3 years ago

Early this year the department announced a new approach of the supplementary exams, moving them from February/March dates for May/June.

Mhlanga said the candidates needed more time to prepare for their exams.

"Grade 12 pupils receive their results in January and [are] expected to write in February, meaning that the circumstances that led them to fail are still the same. Also, an additional change is the number of subjects the candidates are allowed to write.

"Previously, they had a maximum of two subjects but now they are allowed to rewrite as many subjects as they need. This includes the subjects they have failed as well as subjects they would like to improve on," Mhlanga said.

"The integrated examination computer system has been programmed to be able to assist both categories of candidates to combine the results obtained in various examination sittings to effect an overall pass in their respective qualifications," Mhlanga said.

The results for the mid-year matric exams will be released on August 2.