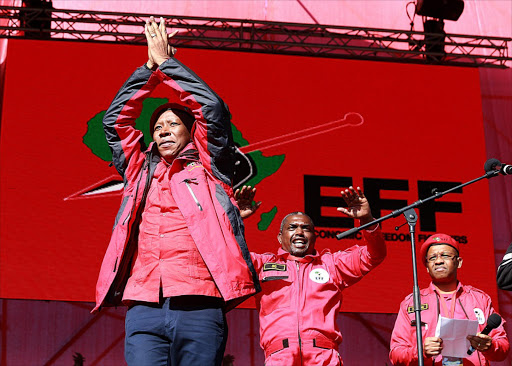 Although the party - which was started in 2013 and is contesting in its second general elections - had not reached the number of votes they had hoped for nationally by 11pm when 68% of voting districts had been counted, they had shown growth in the provinces.

The preliminary results showed that they are likely to retain their position in the North West while gaining two more provinces.

"We're happy, it looks like we're going to be the official opposition in three of the provinces, retaining the North West and Limpopo and now it looks like we might be adding Mpumalanga to that. So that's growth, that's just another element of the growth that we have experienced at national level and other levels. So we're very happy with the provincial performance," said EFF national chairperson Dali Mpofu.

By 11pm the preliminary results in Mpumalanga showed a significant growth for the EFF of about 7% from just over 6% in the 2014 elections to 13% in these elections. A growth of over 2% was recorded in Limpopo around the same time while the growth in North West was sitting at 5%.

Mpofu said the growth was proof that the EFF policies resonated with a lot of people, especially the youth and that the scandals that have rocked the party in recent months of alleged links its leaders had to the looting at the VBS Mutual Bank and the alleged looting of party coffers had not had a negative impact.

"Our people understood that those stories were just gimmicks. Our people could see through those things. We wouldn't be growing and other parties declining if those had an impact," he said.