The Independent Electoral Commission will urgently conduct an audit of results and votes cast in a sample of voting stations to ascertain if double-voting occurred.

The audit will cover a statistically representative sample of stations and those where complaints of double-voting were received, the IEC said on Thursday afternoon.

This decision was taken in conjunction with political parties, following controversy over the ink used to mark voters' thumbs after casting their ballots in Wednesday's election.

The final number and selection of the voting station sample for the audit would be determined with the help of expert statisticians, said the IEC. "The process was endorsed by political parties in the party liaison committee today," the commission added.

Dozens of political parties contesting the 2019 elections raised concerns about possible voter fraud amid widespread reports of irregularities by the close of voting.

The DA on Wednesday evening raised 600 concerns with the IEC, with their most pressing concern being reports of double-voting. The EFF, too, raised this concern in a letter submitted to the commission as polls across the country closed. It was the same case for Cope. The party's head of elections, Mzwandile Hleko, said they had raised concerns about the ink being easily removed. 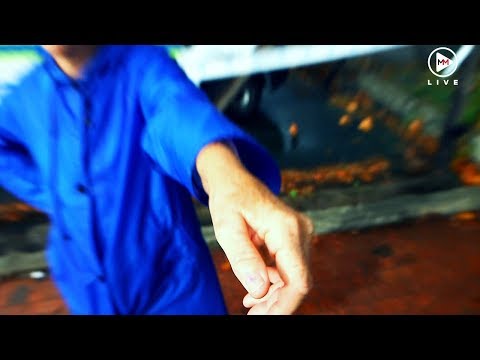 In its update at 2pm on Thursday, the IEC said the audit would involve the capture of information showing the ID numbers of voters who cast votes at each voting station from the "zip-zip" scanners and completed VEC 4 forms.

This data would then be cross-referenced and compared to identify any instances of multiple voting, "to help establish scientifically whether such instances were isolated or systemic and what the material impact is, if any, to the results".

The commission said it had ordered the urgent docking of the zip-zip scanners to upload what information had been captured relating to voter participation.

"Additional resources will also be urgently identified and deployed from today to capture the information from the VEC 4 forms and zip-zips into spreadsheets to facilitate comparisons and data analysis."

The commission had also ordered an investigation into the effectiveness of the indelible ink marker pens supplied for the elections.

The investigation would be done in conjunction with the Council for Scientific and Industrial Research (CSIR), the commission said, "with the full cooperation and support of the supplier".

It explained: "Approximately 200,000 pens were procured through the normal open tender process according to specifications set by the Electoral Commission. In an attempt to increase the effectiveness of the pens, the Electoral Commission had raised the percentage of silver nitrate from 15 percent used in previous elections to 20 percent."

By law, the commission has seven days to announce the election results.

"The Electoral Commission gives its assurance to South Africa that it will only announce results for elections where it is 100 percent confident in the integrity and legitimacy of those results."