Image: Alaister Russell/The Sunday Times The IEC says five voting stations, In KwaZulu-Natal and Eastern Cape, had not been open by 5pm on Wednesday as a result of ongoing community protests.

The Electoral Commission of SA said five voting stations had not been opened for voting as a result of ongoing community unrest in the Eastern Cape and KwaZulu-Natal.

Briefing the media at 5pm on Wednesday, IEC’s deputy CEO of electoral operations, Masego Sheburi, said the commission nonetheless remained satisfied and encouraged with voting progress throughout the day and throughout the country.

"Having said that, there are however some setbacks including those caused by ongoing community unrest in isolated areas which have affected electoral operations.

"Despite the best efforts of the security agencies, government representatives and the electoral commission, five voting stations had still not been opened when this briefing commenced at 5pm," he said.

Sheburi said the closed stations were in Buffalo City and Ntabankulu, both in the Eastern Cape, and in the iNkosi Langalibalele Municipality and Estcourt in KwaZulu-Natal.

Sheburi said efforts to resolve this were continuing and would continue for as long as was necessary.

"Four voting stations in Vuwani, Limpopo, which had earlier opened, were also forced to close for a period during the course of the day due to unrest and safety concerns. In this area, we have been able to open all four stations.

"The Electoral Commission is saddened by the lack of respect for democracy and the right of others in these limited areas and once again calls on those communities to put the national interests of the country above the narrow community interests at least for the day," Sheburi said.

Sheburi said reports had also been received of temporary shortages of ballot papers at some voting stations where distribution plans were not fully implemented and executed.

"A factor which exacerbated this has been the ability of voters to cast a vote at the station at which they are not registered in the province.

"In most cases, shortages have been rapidly resolved by the redistribution of ballots from reserve stock and voting has resumed."

However, Sheburi urged those voters who might have been waiting for the initial rush to pass to urgently make their way to voting stations to ensure they had an opportunity to vote before stations closed at 9pm.

"As noted earlier, no voters at the queues at 9pm will be turned away. Voting will continue until everyone in the queue by 9pm has been served," Sheburi said. 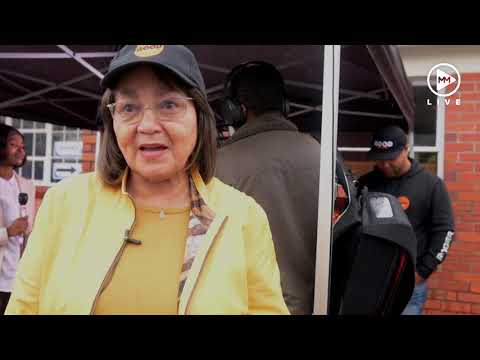