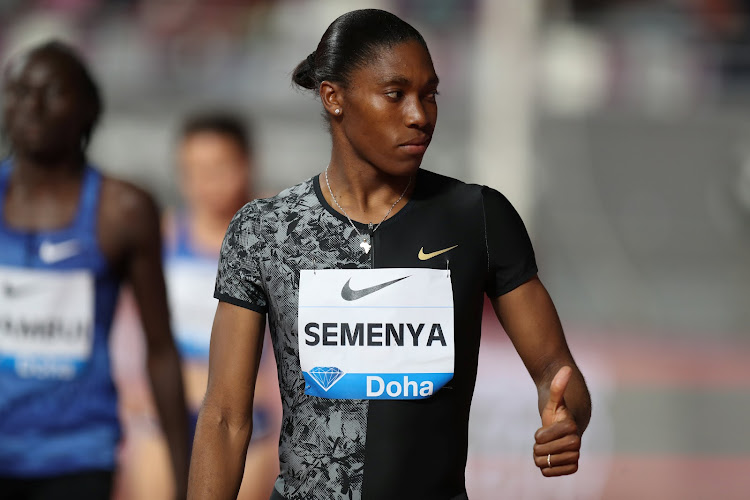 The IAAF says Caster Semenya can compete in men's events if she doesn't want to receive treatment to lower her testosterone levels.
Image: Ibraheem Al Omari/Reuters

In a letter to World Medical Association (WMA) president Dr Leonid Eidelman and the WMA board, the IAAF also said that Semenya - and other athletes like her - can compete in the female categories in any distance other than those between 400m and a mile (1.6km). This would include the 5,000m, which Semenya won at the South African Athletics Championships last month.

The IAAF letter comes after the WMA at the weekend urged doctors not to enforce the controversial new IAAF laws for female athletes.

However, the IAAF said - as well as defending its stance on the regulations - that it was “the athlete’s right to decide (in consultation with their medical team) whether or not to proceed with any assessment and/or treatment”.

However, if she decided not to take the treatments, which would lower testosterone levels, “she will not be entitled to compete in the female classification of any restricted event at an international competition”.

'I was wrong about Caster‚' says former Semenya competitor

Caster Semenya seems to have as many enemies as friends in her fight against athletics’ officials attempts to rob her of her natural advantage in the ...
Sport
3 years ago

But this didn’t mean she couldn’t compete at all.

Simply put, this means that Semenya could conceivably compete in the 100m or 200m sprints, or in any women’s race longer than a mile. She can also compete in any men’s event over any distance.

The IAAF also reiterated that the new regulations only applied to individuals who are legally female (or intersex), and who have one of a certain number of specified DSDs - which means that they have male chromosomes (XY) and not female chromosomes (XX), have testes and not ovaries, have circulating testosterone in the male range and not the (much lower) female range, and that have the ability to make use of that testosterone circulating within their bodies by having functional androgen receptors.