Ramaphosa asks for voters' 'love back' 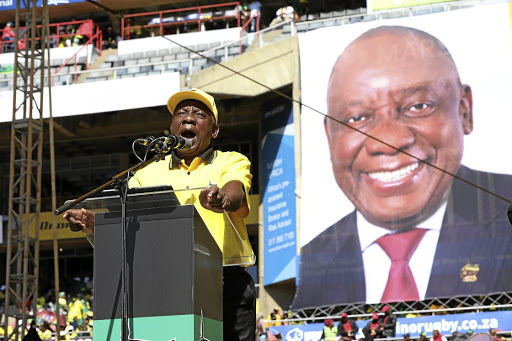 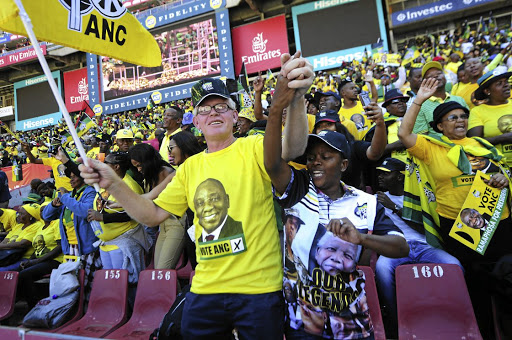 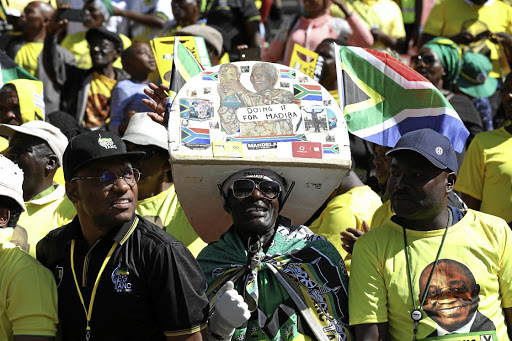 President Cyril Ramaphosa's final push for a decisive ANC victory in Wednesday's polls saw him apologise publicly yesterday for the party's past mistakes and promising tough action against corruption if he is re-elected.

Addressing over 60,000 supporters at Ellis Park Stadium in Johannesburg, and millions more who watched live on television, Ramaphosa also vowed not to appoint in his new government individuals involved in corruption and state capture.

The ANC goes to Wednesday's general election with its image battered by a series of corruption scandals involving its senior members.

While many in the party had hoped that Ramaphosa's victory over a faction led by then president Jacob Zuma at the ANC's Nasrec conference in 2017 would help the party retain its dominance of electoral politics, revelations of corruption involving ANC leaders in the Bosasa scandal and state capture seem to have turned some of the voters against the ANC.

In a bid not to lose those voters, and to ensure that the ANC retains its majority in the National Assembly, Ramaphosa apologised for the party's past "mistakes", promising that his new government will be intolerant of corruption.

ANC president Cyril Ramaphosa has admitted that his party has made mistakes in the past but is now ready to build a better country.
News
3 years ago

"We admit that we have made mistakes and we put ourselves before our people and say, 'yes, we have made mistakes'. But it is only those who are doing nothing who don't make mistakes . We are ready to work together, side by side with all South Africans, to build a country in which all may thrive," Ramaphosa said.

"Where we have been found wanting, we accept the criticism that is being levelled against us; where we have made mistakes, we are humble enough to acknowledge the mistakes without any qualification."

He, however, warned ANC members to expect resistance from those who have benefited from wrongdoing, a reference to ongoing attempts within the party to stop investigations into state capture.

". But the road ahead is long, and there is still so much to do. We should expect resistance from those who have benefited from wrongdoing. But let there be no doubt - those responsible for state capture will be held to account.

"We are restoring the rule of law. The police and prosecutors will be further strengthened and their independence will be assured, so that they can act against those who are corrupt without fear or favour."

Ramaphosa was there when SA was looted‚ says Maimane

DA leader Mmusi Maimane has lashed out at President Cyril Ramaphosa saying he had accepted a "bribe" and was there when South Africa was looted.
News
3 years ago

Ramaphosa's message to the electorate was that a vote for him was a vote for the renewal of government and state institutions hollowed out due to state capture and corruption.

"This is a decisive moment in our history. This is a moment when we have to choose between the past and the future. We can choose to return to a past of conflict and anger, of corruption and hunger.

"Or we can choose to embark on a path of renewal and go forward to a future of peace and stability, jobs and progress."

Despite political commentators doubting Ramaphosa's commitment to remove the corrupt from the ANC ranks following a party candidates' list that featured many of those who have been fingered in wrongdoing, he vowed that his cabinet will exclude those who were corrupt and implicated in state capture.

He added that he has taken decisive steps to fight corruption over the past year that he has been in office.

"We have done much to restore the credibility and effectiveness of the NPA, Sars, SAPS and the State Security Agency. But the road ahead is long, and there is still much more to do," he said.

He said the Zondo commission of inquiry into state capture is "uncovering the nature and extent of state capture".

In what appeared to be a direct criticism of his predecessor's government, Ramaphosa slammed the practice of appointing people into positions merely to reward them for their loyalty to those in charge.

"We recognise how patronage and corruption have eroded the people's trust and confidence and how they have undermined our ability to serve the interests of all South Africans. That is why we have been working hard to restore the integrity of our movement. Today is a call to action."

The rally was a culmination of a four-month campaign towards Wednesday's election.