Durban reservoir 'bombing claims false' but sabotage not ruled out 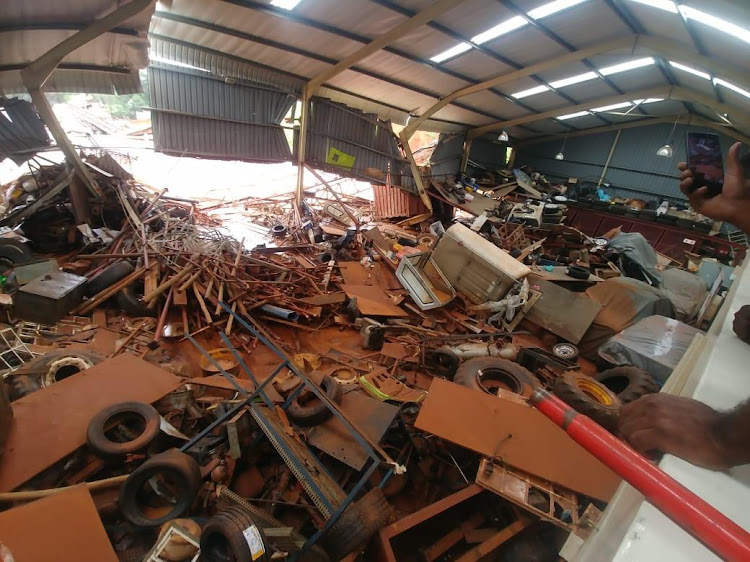 The eThekwini municipality denied reports alleging that the reservoir damaged by petrol bombs in an attack by striking municipal workers.
Image: Supplied

The police have rubbished claims that a reservoir in Montclair, south Durban, was "bombed" during the municipal workers' strike.

"It is indeed very irresponsible for individuals to be posting information on public platforms that could potentially spark unnecessary uncertainty and panic," he said.

Images and videos of water pouring into the streets from the reservoir have been widely circulating on social media since Saturday, when the damage occurred.

Naidoo's comments - and the speculation over what happened - came after the eThekwini municipality suggested in a statement on Saturday that the reservoir was allegedly damaged by petrol bombs in an attack by striking municipal workers.

A supplied clip of the damage. pic.twitter.com/r0w80RqPlL

The municipality called it "unfortunate and barbaric".

However, the statement was subsequently retracted, with the council saying the damage was due to "structural defects".

"But it [the municipality] cannot rule out acts of sabotage that have been experienced since the beginning of the illegal strike.

"The depot where the damaged reservoir is situated had several vehicles being damaged. The city is continuing with investigations," municipal spokesperson Msawakhe Mayisela said.

Mayisela said that as a result of the damage, the city was losing millions of litres of clean water on which it spent millions to purify.

"We have strong suspicion that it is related to the illegal industrial action that is under way in our municipality. There is no amount of grievances that can justify this heinous crime," city manager Sipho Nzuza said.

Nzuza has urged all workers to return to work with immediate effect.

"The amount of damage to our infrastructure caused by this strike is close to R4m and it's growing. There is a possibility that the unions representing these workers could foot the bill.

"No one will be allowed to cause damage to our infrastructure and get away with it. We want to send a clear message that violence has never solved any impasse and dialogue is the only solution where parties do not see eye to eye," Nzuza said.

Naidoo said forensic experts found no evidence suggesting that the damage to the reservoir was a result of any form of criminal action.

"The loud bang that neighbouring communities may have heard was actually a sound probably caused from the splitting of the reservoir wall caused by the pressure of water inside the reservoir," he said.