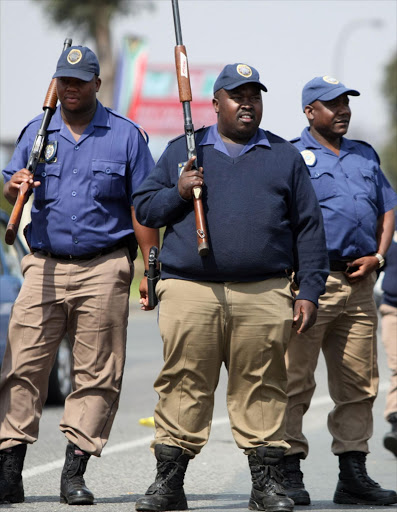 Eighteen traffic officers have hauled their employer to the Commission for Conciliation, Mediation and Arbitration (CCMA) for unfair discrimination after it hired new officers and paid them higher salaries.

The Road Traffic Management Corporation (RTMC) is accused of appointing about 50 new officers and offering them senior positions at a scale higher than that of those already at the corporation.

Now the 18 officers are demanding the same salaries as the new appointees, claiming they were unfairly denied opportunities to apply for the new posts.

The matter will be heard next week Thursday and Friday in Pretoria.

The employees, in a complaint filed with the CCMA, allege that about 50 people were appointed by the RTMC on June 15 2015 for inspector traffic officer positions on a higher salary scale than that of traffic officers - and that positions that had been advertised were similar to the ones they occupy.

RTMC spokesperson Simon Zwane said he was aware of the case but it was untrue that traffic officers at the corporation were overlooked for the positions.

Relax, it will take more than hot cross buns to land you behind bars: RTMC

The Road Traffic Management Corporation (RTMC) has assured motorists that it was highly unlikely that they would be arrested if alcohol was found in ...
News
3 years ago

Five learner's licence applicants in KwaZulu-Natal have each been sentenced to five years imprisonment or a R5,000 fine after admitting to bribing ...
News
3 years ago

"Those positions required someone who has the examiner of vehicles and licences qualification, and none of them [those already at RTMC] had those qualifications," Zwane said.

He said the new posts required the two qualifications in addition to a traffic diploma and four years of experience.

"The appointment of traffic inspectors followed an open and transparent process involving a call for applications which closed on November 7 2014."

Zwane said 4,746 applications were received. A total of 144 candidates were shortlisted and 110 were interviewed.

"There were six panel members who interviewed the candidates and the entire process was observed by two union representatives," he said.

Zwane said the appointed individuals satisfied the recruitment and selection panelists that they had the necessary qualifications and experience.

The unfair discrimination complaint was first lodged with the CCMA in 2015 but for almost three years was delayed by disputes over jurisdiction. However, the labour court ordered last year that the CCMA has jurisdiction on the matter.