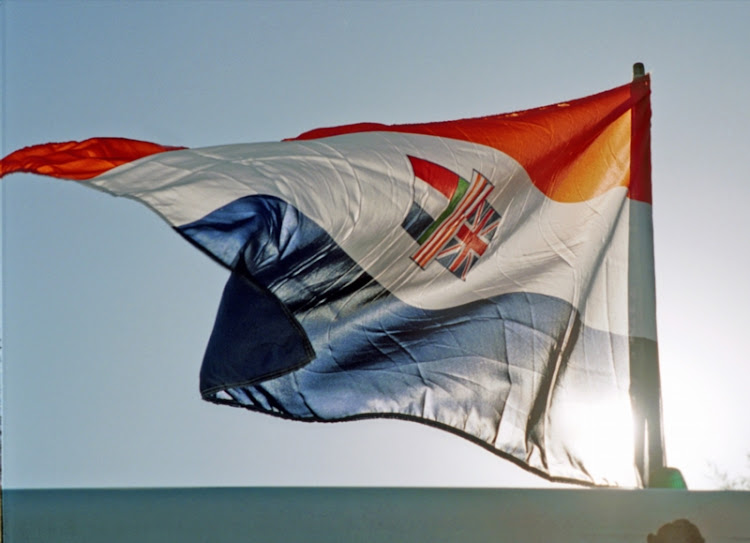 As the Equality Court hears arguments to declare gratuitous displays of the old South African flag as constituting hate speech, a 75-year-old man said the flag evoked feelings of resentment and humiliation.

The man, identified only as Bogosi, told SAfm on Tuesday that he was four years old when the Nationalist Party came into Power in 1948 yet scenes from the apartheid era were still fresh in his mind.

"When I became a teenager, at 16 to 18, I had to go and take a bus and this place was in Albert Street, [Johannesburg CBD]," he explained.

There, blacks went under a process where they were sexually emasculated. You were stripped, stripped of your psychology, stripped of your manhood. When I say stripped, I mean physically stripped. Your genitals, as a man, were exposed in open and it went out there totally humiliated," said Bogosi.

Bogosi said he was dumbstruck at how some people insisted on displaying the flag in public when it bought nothing but humiliation to many South Africans.

"It has been a while since I went to the Johannesburg CBD, and it just happened not long ago that I found myself in Albert Street and it evoked immediately, it evoked that feeling of resentment, of utter revulsion … I felt that humiliation," he told the radio station.

His sentiments come on the heels of the Nelson Mandela Foundation and the SA Human Rights Commission filing an application to stop gratuitous displays of the apartheid-era flag.

The matter was heard at the Equality Court, sitting at the South Gauteng High Court. The application is being opposed by AfriForum, which argues that displaying the old flag amounts to constitutionally-protected expression.

Bogosi said the call to stop displaying the flag would never be understood by those who had never experienced humiliation.

"Those never exposed to those experiences will never, ever understand what we are trying to say because that same flag evokes those memories, those humiliations that I experienced.

"Whites have never been exposed to that level of dehumanisation and they will never understand how we feel. That flag to me is displaced, is unnecessary and it shouldn’t even be displayed," he said.

People who gratuitously display the old apartheid-era flag yearned for an apartheid South Africa where white superiority was institutionally ...
News
3 years ago

‘Legacy of a monstrous regime’: Why the apartheid flag is hate speech

Displays of the apartheid flag are a rejection of history as it is, and express a desire for black people to be relegated to labour reserves, a ...
News
3 years ago
Next Article