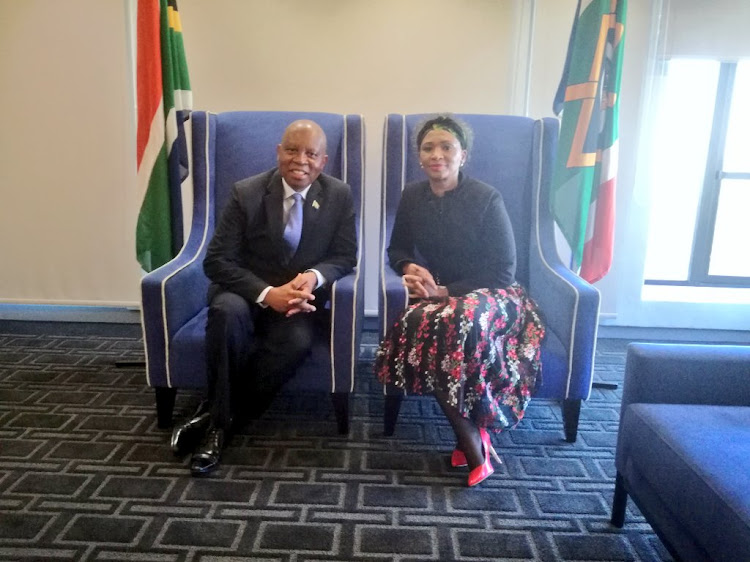 Johannesburg mayor Herman Mashaba and his wife Connie before his state of the city address on Tuesday April 30 2019.
Image: Supplied

Johannesburg mayor Herman Mashaba says there is a way for the city to never again experience electricity outages as a result of problems at Eskom.

In addition to spending on repairs to substations and switching cables from copper to aluminium to prevent theft, he wants to go private by striking a deal with the Kelvin power station - an independent power producer.

"If our residents are paying for it, and it is not being generated by Eskom, there is no rational basis to preventing us from using the 200MW produced at Kelvin to mitigate the crippling effects of load-shedding," the mayor said in his state of the city address on Tuesday.

"This is the equivalent of what we have to shed in Johannesburg, during stage 2 load-shedding."

Mashaba said the city had a contract with Kelvin during previous rounds of load-shedding. However, Eskom withdrew from funding this arrangement and in December told the city it could no longer offset its load-shedding requirements with the power generated in Kelvin.

"I have initiated a team of people from the city to meet Eskom to inform them that we will offset our load-shedding with the power produced by Kelvin. Should this not be achieved, I have informed our legal teams of my intent to go to court with Eskom so that we can mitigate load-shedding in Johannesburg."

Mashaba said a team from the city was also meeting Kelvin managers "to see whether a new contract can be negotiated that would see their output increased, and sold to the city at a cheaper rate than Eskom's".

If this is achieved, the city would have the licence to procure 600MW from Kelvin, he said, "which has the ability to prevent all load-shedding up to and including stage 6".

Eskom said on Monday that any load-shedding over the next six months to a year would only be as a "last resort".
News
2 years ago

In addition, Mashaba said, the city's aged electricity network had been prioritised for refurbishment.

"Old substations built decades ago have not been able to keep up with the increasing demands of the communities they serve.

"Most power outages arise at times when demand exceeds the supply of our aged substations, and this is why we have focused on refurbishing substations as the first phase of stabilising our electricity grid."

The Sebenza substation was launched in February and cost R1.2bn. Among the areas that will benefit from Sebenza are Alexandra, Gresswold, Sandringham, Athol Oaklands, Rosebank, Melrose and Parkhurst.

"This mega substation will energise 30% of the population of the city," said the mayor.

Herman Mashaba 'has conflict of interest in property evaluations'

The Good party has asked for Johannesburg mayor Herman Mashaba to be investigated in connection with a potential conflict of interest arising from ...
News
2 years ago

He quantified the extent of electricity outages in the city:

In the 2019/20 financial year, the mayor said, City Power's focus will shift to the replacement of high and medium voltage power lines across Johannesburg, using aluminium instead of copper to reduce cable theft.

Joburg Water had not been idle either, he said.

The number of water leaks and bursts in its network averaged 45,000 per year in 2016, when he took office.

"Through their co-ordinated replacement of water pipes throughout the city, a project that has seen 65km of pipe replacements since taking office, for the first time, the leaks and bursts are declining by as much as 2,000 leaks or bursts in 2017/18," said Mashaba

"In our current financial year, we are projecting leaks and bursts in our water network to be brought down by a staggering 10,000 this year."

The replacement of sewer pipelines in the city had also exceeded the annual targets of each year, with the city replacing 45km of pipes in 2017/18, said Mashaba.

"With the additional investment in our adjustments budget this year, we are on track to exceed this in the 2018/19 financial year. This is imperative to our ability to reduce sewer leaks that have been prolific in many informal settlements."