One person dead, another critical after being shot in home invasion 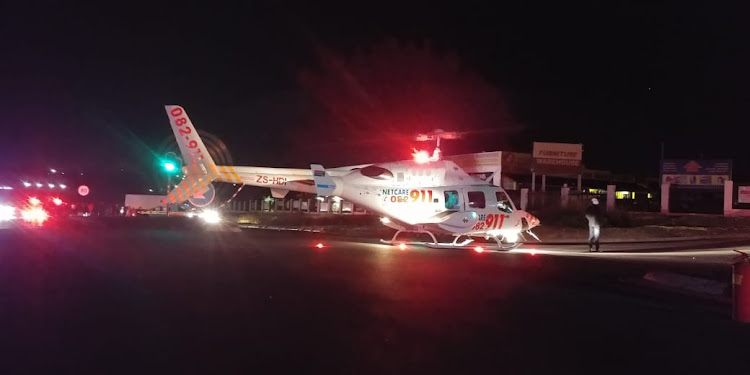 A woman was fatally wounded and a man critically wounded in an apparent  home invasion in Randburg on Friday night, paramedics said.

Netcare 911 spokesman Shawn Herbst said that the emergency service had responded to reports of a shooting at a residential complex in Boundary Road, Cosmo City, Randburg, at around 11pm on Friday.

“Reports from the scene indicate that and an adult male and adult female, both 33 years old, had been shot in a home invasion.

“The female patient sustained a gunshot wound to her neck and chest and the male patient was shot through the eye,” Herbst said.

A homeless Johannesburg man is a key witness to the identities of gunmen who murdered a suspected Serbian national in a drive-by shooting.
News
3 years ago

He said the victims were treated on scene by paramedics from various ambulance services.

“Due to the seriousness of the female patient’s injuries the Netcare 1 Specialised Helicopter Air Ambulance was called to airlift the patient to hospital who sadly passed away a while later.

“The male patient was treated on scene and once stabilised was transported by an advanced life support ambulance to hospital for further treatment,” Herbst said.

Circumstances leading up to the shooting would be investigated by police who were on scene, he added.

A parent was shot outside a school in Johannesburg on Monday afternoon.
News
3 years ago
Next Article