Freedom Day in SA – a reminder of unfinished business 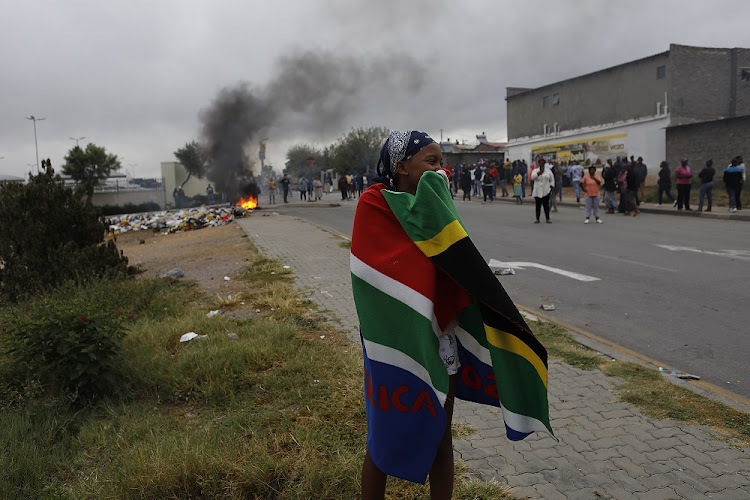 Today, SA is one of the most consistently unequal countries in the world.
Image: ALON SKUY/TimesLIVE

South Africans celebrate Freedom Day on April 27 every year to mark the country’s first democratic elections in 1994. A quarter of a century later, though, questions remain: how much and whose freedom is to be celebrated?

The differing answers among voters might affect the results of the national elections on 8 May.

South Africans can still not celebrate freedom from want. They are painfully aware that one cannot eat democracy. Formal political equality is rightly celebrated as an achievement by those who suffered under dictatorship, minority rule and other forms of oppressive regimes that denied them basic rights. But democracy doesn’t put food on the table. Nor does it provide decent shelter or secure a dignified living.

Former US President Franklin D. Roosevelt’s famous 1941 speech to Congress identified four freedoms: those of speech, of worship, from want and from fear.

Freedom from want, [as he explained], means economic understandings which will secure to every nation a healthy peacetime life for its inhabitants - everywhere in the world.

This month marks 25 years since we attained our freedom. It is something to be proud of. The transition from apartheid into a democratic society has ...
News
3 years ago

Acutely aware of this, the drafters of the Freedom Charter – which was adopted in 1955 by the African National Congress (ANC) that now governs South Africa, among other anti-apartheid activists – included far more than just political freedoms. It also has the sharing of the country’s wealth among all people as a fundamental principle.

But these ideals, still considered a basic blueprint for the country, have – to a large extent – remained remote goals.

The South African Constitution is among the very few to recognise socio-economic rights as human rights - including the right to food, health care, shelter, water and education. But there is a huge gap between setting norms and implementing them.

Today, South Africa is one of the most consistently unequal countries in the world. More than half the population lives in poverty, while a staggering 27% of people are unemployed.

According to Eunomix, which advises some of the biggest mining companies in the country, the past 12 years saw the country suffer more declines in its socio-economic and governance performance than any other nation that’s not at war.

This is thanks largely to worsening corruption and policy paralysis during former President Jacob Zuma’s nine years in office. And, things are not about to get any better soon.

The country’s Reserve Bank has painted a gloomy picture of the country’s prospects for growth. This is thanks to rampant corruption, whose effects have been acutely felt at Eskom, the electricity utility, crippling the country’s power supply and hobbling economic growth.

Freedom Day should be a forceful reminder of the democratic rights enshrined in the Constitution. These include the right to free speech and to protest, basic human rights which were suppressed under centuries of colonial and apartheid rule.

The problem is that South Africa’s political culture today does not live up to the ideal the Constitution enshrines. There is a massive gap between declared norms and actual realities.

For example, in early April protesters from Alexandra township, one of Johannesburg’s poorest black settlements, were prevented by police from marching to Sandton, the adjacent, affluent suburb. In the same week rogue elements of the African National Congress (ANC) Youth League disrupted a book launch in the posh suburb. They tore up copies of abook by an investigative journalist exposing the network of corruption allegedly overseen by the governing party’s secretary-general Ace Magashule, while he was the premier of the Free State.

The Youth League was later forced to abandon plans for a public burning of the book after the ANC intervened. The party implored its members to protect the values and reputation of the ANC, by practising political tolerance and defending the rights enshrined in the Constitution.

Such noble words, however, only point to the governing party’s inability to walk the talk. For example, when the ANC’s deputy secretary-general Jessie Duarte was confronted with questions she did not like from a journalist who works for eNCA, an independent TV station. The question was about the party’s controversial proposed list of MPs. Duarte attacked the reporter, "fuming you don’t even have a right to exist as a TV station in this country".

Much more to do

On Freedom Day, South Africans might or should celebrate the fact that they have covered some distance on the road to freedom. But it will remain a long and winding road. As Raymond Suttner, an ANC liberation struggle hero who spent years in solitary confinement, says  even though elections with all people entitled to vote for the first time was a massive victory, freedom is never finally realised. … It needs to be seen as a concept with an indefinite scope and meaning.

Where there is no fight for it, there is no freedom. The end of minority regimes does not equate freedom. Liberation movements as governments are no guarantee of good governance ensuring equal rights and benefits for all.

New regimes often just create space for privileges to a new elite in cohorts with earlier vested interests. They do not live up to the promises made to the ordinary people. Rather, they disclose the limits to liberation.

The old slogan that the struggle continues – a luta continua – is as valid today as it was during the struggle for liberation. The difference is that others now have to carry the torch.

Maybe Freedom Day can serve as a reminder of such unfinished business.

This article first appeared in The Conversation Africa.

The latest research into the voting preferences of South Africans finds that trust in the country’s president is the single most important predictor ...
News
3 years ago
Next Article