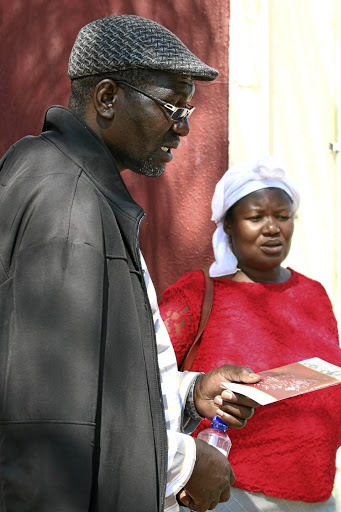 A Limpopo family is demanding justice following the killing of one of its members and injury of another by a man who is yet to be arrested even though he's been identified.

Mahlatse Baloyi was in the company of his cousin Katlego Baloyi in Newlands village in GaMashashane, west of Polokwane, when they were attacked and stabbed in the early hours of Saturday morning.

Mahlatse, 28, was stabbed several times on the body and was rushed to Seshego Hospital where he was certified dead on arrival.

Katlego was stabbed in the head, left arm and on the upper body.

The 19-year-old was admitted to hospital and discharged two days later.

According to the victim's cousin Frank Ragedi, the police had failed to effect an arrest despite the fact that they had provided information about his relatives' attacker.

"What worries us most is that none of the victim's families nor witnesses were
[contacted] by the police," said Ragedi.

Ragedi said they were losing confidence with the police as they were dragging their feet.

"It is painful for us to see the man who killed my cousin roam the streets as if nothing happened.

"We want the police to arrest the man before the funeral on Saturday," he said.

The victims' aunt, Maggie Mashiane, said the two had visited home from Johannesburg, where they are based, to attend the wedding of their cousin. She described Mahlatse as a quiet person who would never hurt a fly.

An 18-year-old woman has been sentenced to eight years behind bars for stealing a six-week-old baby at a shopping centre in Polokwane, Limpopo.
News
3 years ago

"The man responsible for stabbing my nephews has been described as an untouchable in the community," said Mashiane, adding that in January, the man had stabbed two other siblings in the village and was never arrested. She said both victims had fortunately survived.

"But in this case our relative has died. We can't allow police to let a serial killer be on the loose. They must arrest him,"
she said.

Police spokesperson Brig Motlafela Mojapelo confirmed that a case of murder had been opened and that they were still investigating.

"It is not true that we are reluctant to arrest the perpetrator. We are actually looking for him and appeal to anyone with information to come forward," said Mojapelo yesterday.

According to Mojapelo, the incident happened at around 3am at a tavern in the village, when the man allegedly stabbed the two.

"If arrested the man will face a murder and attempted murder charge," said Mojapelo.