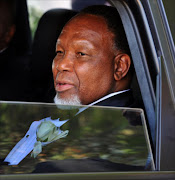 Former president Kgalema Motlanthe is expected to announce his endorsement for the ANC for the upcoming general elections.

Motlanthe, who has previously told British media house BBC that the ANC "… has to lose elections for the penny to drop", is expected to endorse the ruling party at the ANC pavilion at the Rand Easter Show in Nasrec, south of Johannesburg, on Friday afternoon.

"It would be good for the ANC itself (to lose elections) and let me tell you why -  because those elements who are in it for the largesse will quit it, will desert it and only then would the possibility arise for salvaging whatever is left of it," Motlanthe said during a 2017 interview with the BBC.

Motlanthe will be Gauteng ANC's guest at the at Black Eagle Conference Venue, where the party has been campaigning and engaging with voters on its manifesto ahead of the May 8 elections.

He will grace the annual entertainment and consumer exhibition event as the party faces stiff competition from opposition parties, mainly the DA and EFF, in the much-vaunted elections.

The ANC got a backlash from the middle class in the previous municipal elections and lost major metros - Tshwane and Johannesburg -  to the DA, which is now governing in coalition with smaller parties.

"The ANC pavilion is a living site of the historical evolution of South Africa over a period of decades. It takes people through the period of the formulation and adoption of the Freedom Charter, including faces of ANC leaders, and the life of Mama Winnie Madikizela-Mandela. Documentaries on the history of South Africa’s Struggle for liberation are also on show," said the party in a statement.