Herman Mashaba 'has conflict of interest in property evaluations' 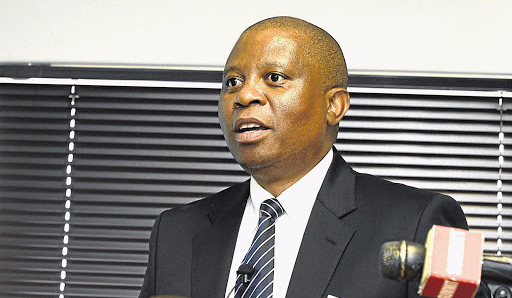 The Good party has asked for Johannesburg mayor Herman Mashaba to be investigated in connection with a potential conflict of interest arising from property valuations in the city.

The party said it had sent a letter to the city of Johannesburg's integrity commissioner, Daniel Rampai, on Wednesday requesting an investigation.

Good secretary-general Brett Herron said the party was approached by a whistle-blower with information about the alleged undervaluing of commercial properties by the city.

"Good is concerned that while ordinary, middle and low-income homeowners are being asked to pay rates pegged against the real value of their homes, commercial property owners get discounts," Herron said in the letter.

He said this would effectively mean that the poor in Johannesburg were subsidising rich commercial property owners and that the city was losing significant revenue.

Mayor Herman Mashaba says City of Johannesburg properties are being released to the private sector for redevelopment in order to facilitate ...
News
3 years ago

Sewage clean-up and pledge to target crime in Alexandra, post-protests

A high-level government team has begun with a four-point plan to address issues raised during the Alexandra shutdown protests, and is promising a ...
News
3 years ago

Herron claimed that the undervaluing of properties, in particular commercial properties, and the consequent loss of rates income, was brought to Mashaba's attention in November 2016.

He claimed that Mashaba's alleged failure to rectify the injustice was of particular benefit to a property management company that Mashaba and his wife had historically close links to.

In addition, Herron claimed, the property portfolio of the company was valued by the city at half of its actual value, saving it rates of about R200m a year.

"While residential properties appear to be more accurately valued as a consequence of the rates re-evaluation presently under way, owners of commercial properties continue to score."

Mashaba, through his spokesperson Luyanda Mfeka, said on Thursday that it was not fully possible for him to respond to the allegations without the correspondence that was addressed to the integrity commissioner.

"The integrity commissioner, for obvious reasons, does not report to the executive mayor. We're not in position to confirm such correspondence," Mfeka said.

Mfeka said once the mayor had had an opportunity to peruse the letter from Herron, he would be in a better position to comment.