Gender activists left fuming after SIU shuts them out 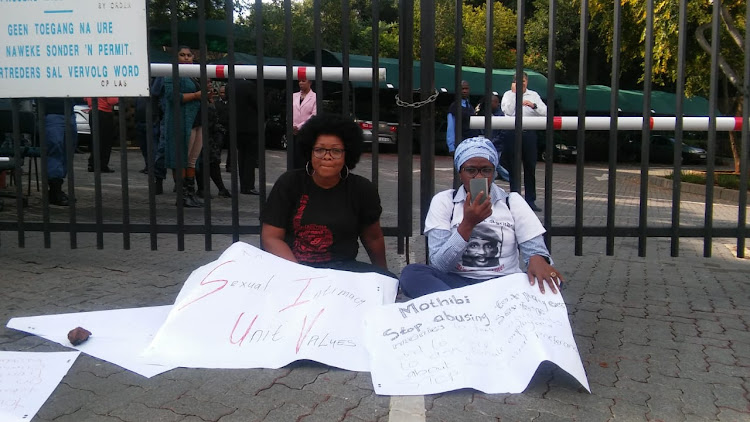 Activists against women abuse are fuming after the Special Investigations Unit (SIU) locked its gate as they were about to enter
Image: Penwell Dlamini

Activists against women abuse are fuming after the Special Investigations Unit (SIU) locked its gate as they were about to enter the unit's offices in  Pretoria on Thursday in a protest against alleged practices at the SIU.

When Sowetan arrived at the offices there were members of the police tactical response unit awaiting the activists who are part of #Totalshutdown movement.

As the activists approached the gate, security personnel locked the gate, keeping the five women outside with their placards. The women then simply sat outside the locked gate demanded that senior management come to receive the memorandum.

"They were aware that we were here. They even confirmed the person who would receive the memorandum," said Brenda Madumise of Wise Collective, who was part of the protest.

"I'm p***ed off by their action. Why are they closing the gate. It is just five women. What are they scared of?"

The gender activists accuse SIU head advocate Jan Mothibi of bullying women in the unit and of not doing anything to fight sexual harrasment in the organisation.

According to the activists, a workshop was organised for female employees where they were given sex toys "to improve their sex life".

"What do sex toys have to do with work? This is an organisation that is supposed to be investigating serious cases," said Madumise.

After the standoff, an official finally came to receive the memorandum.