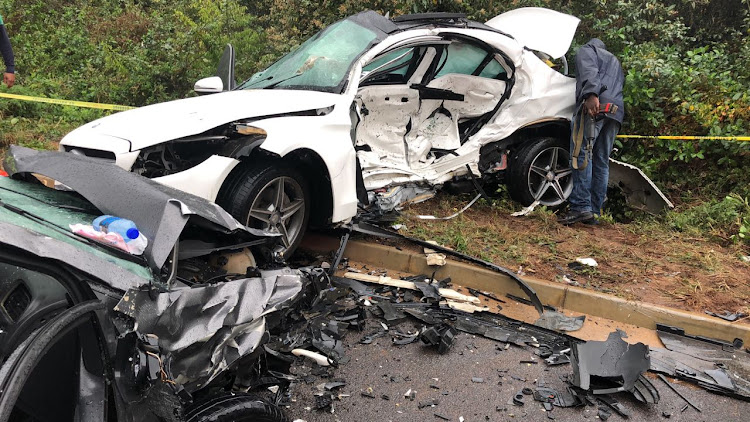 A total of 104 people were killed in road crashes over the Easter long weekend, transport minister Blade Nzimande said on Wednesday.

The accidents occurred between the Thursday prior to Good Friday until Easter Sunday. Accidents on Monday, a public holiday on which many people travel back home, were not included in the statistics provided on Wednesday.

This was significantly lower than the number of fatalities recorded last year, said Nzimande.

“There were 104 fatalities recorded ... with a decrease of 41% from the previous Easter period,” Nzimande said in a statement.

The highest number of fatalities were reported in Limpopo, with 27 lives being lost, followed by KwaZulu-Natal, with 26 deaths being reported.

More than 900 suspects were arrested during an extensive Easter holiday crime blitz across Gauteng‚ police said on Monday.
News
3 years ago

Heavy rains are expected to make driving conditions difficult in parts of the country as motorists head home after the Easter holidays on Monday.
News
3 years ago

The lowest number of fatalities were recorded in the Free State and Northern Cape, with only two fatalities reported each.

Nzimande said there were 80 fatal crashes countrywide, which was 40% less than those reported last year.

KwaZulu-Natal accounted for most accidents (13), followed by Gauteng (11).

“We still would not like to see even a single soul being lost on our roads.

“The above shows that with determination, observance of the basic rules of road safety, and co-operation between government and road users, we can indeed defeat the scourge of road crashes,” said Nzimande.

He conveyed his condolences to families that lost loved ones on the roads and he wished a speedy recovery to all those who were injured.

“I have directed the Road Accident Fund to provide the families of the deceased and the injured with the necessary support and care during this difficult time,” Nzimande said.