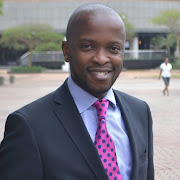 Barely two weeks into his new job at SAfm, radio broadcaster and communications specialist Chris Vick has called it quits.

Sunday World can reveal that Vick, who joined the SABC earlier this month to host a talk show on Wednesday and Thursday nights, resigned on Monday.

Vick cited family reasons to be the behind his early exit from SAfm, much to the shock of acting station manager Peter Mashamba.

It had emerged that one of Vick’s family members had become seriously ill, leaving him with no choice but to abandon his show to care for her.

Vick said: “I can confirm that I resigned from SAfm for personal reasons. I haven’t considered any other options at this stage. I need to put my family first.”

His show was broadcast between 8pm and 10pm.

SABC spokesperson Vuyo Mthembu confirmed Vick’s departure from the station, saying that an acting replacement had already been secured.

“The SABC can confirm that Mr Chris Vick has resigned from SAfm due to personal family reasons. Mr Songezo Mabece will in the meantime hold down the fort and present the show. The SABC wishes Mr Vick well,” she said.