Two soldiers fighting for their lives after SANDF helicopter crashes 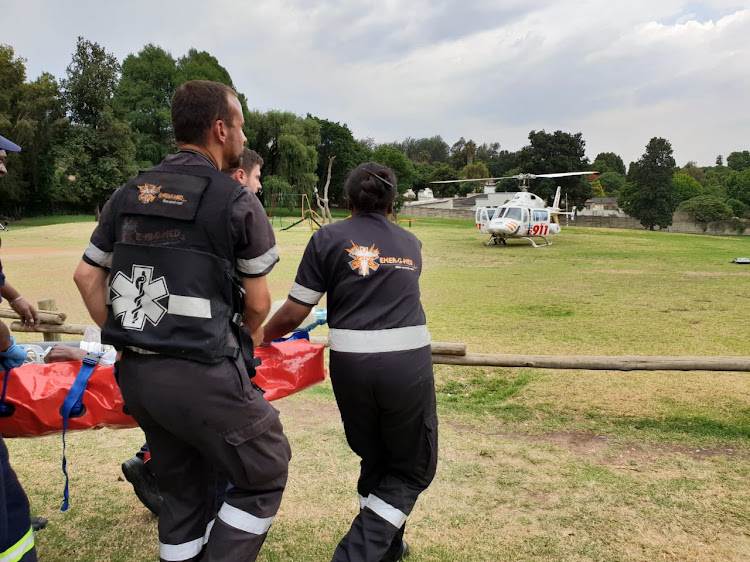 A file photograph showing paramedics racing a critically injured man to a rescue helicopter after a blast in Johannesburg.
Image: Emer-G-Med

"We dispatched our team and they found two SANDF members that were involved in the crash. One of them is in a critical condition. The other requires advanced life support," Coetzee said.

He said the injured pair were taken to a military hospital.

According to sources in the SANDF, the aircraft came from the 17 quadrant and was based at the Zwartkops air force base in Centurion. It apparently crashed near the base.

The crash was caused by an apparent engine failure, the sources said.

The SANDF confirmed the accident, but could not immediately provide further information.