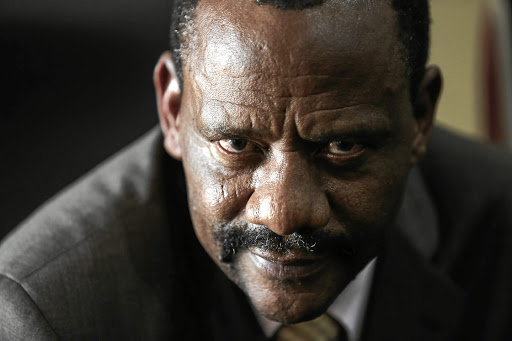 Hawks head Lt-Gen Godfrey Lebeya hailed the conviction and sentences of seven robbers as a milestone in the fight against cash-in-transit heists despite the lengthy process.
Image: Alaister Russell

The suspects were arrested in 2011 while on their way to commit a cash-in-transit heist.

The Special Task Force was activated and confronted the suspects. A shootout ensued between the robbers and the police, with one gang member being fatally wounded and another one being injured.

The other six were arrested and firearms confiscated.

The upcoming Easter weekend has the country’s retailers on high alert amid fears of a wave of attacks by gangs of armed robbers.
News
3 years ago

Litshikana Maponya, 53, from Midrand, Cedric Earl Heyns, 47,  from Johannesburg, Tshepo Kennedy Madiba, 37, Mahube Valley in Pretoria, Bonke Michael Zulu, 46, from Midrand, Andrew Manganye, 65, from Diepkloof in Soweto, and Thabang Joseph Madumo, 33, also from Diepkloof, were each sentenced to life imprisonment for murder. They were also given 15 years for armed robbery and 10 years for attempted robbery.

Xolani Goodman Mashomane, 47, from Vosloorus in Ekurhuleni, was confined to a wheelchair following the shootout with the police. He was sentenced to an effective 18 years' imprisonment for possession of unlicensed firearms and ammunition.

Lebeya hailed the conviction and sentences as a milestone in the fight against cash-in-transit robberies despite the long, drawn-out court process.

"This case has taken eight years to reach a conclusion, although one would have preferred a speedy conclusion to this case.

"I am adamant that the conviction and sentence will send a strong message to potential robbers that the law will eventually catch up with them," Lebeya said.