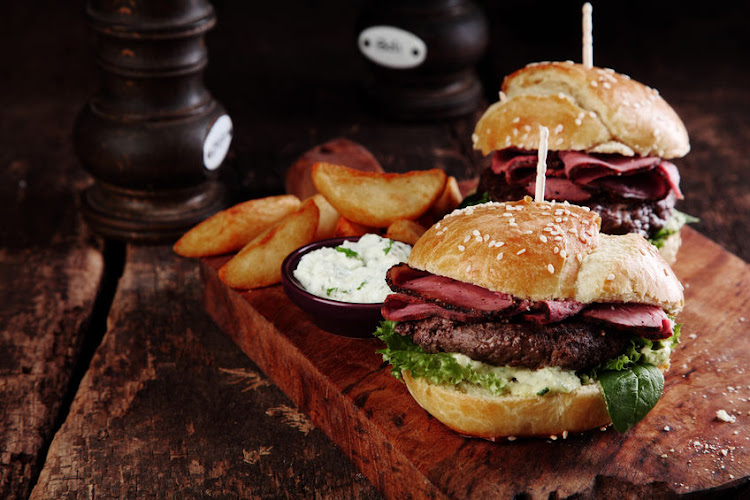 A man outraged after reading about a group of disrespectful teenagers who left a R4 tip 'for hungry Africans' collected money from friends and gave a R4,444 tip to the abused waiter.
Image: 123RF/ foodandmore

A local traveller who was outraged when a Spur waiter in East London was left a measly R4 tip "for hungry Africans" by racially abusive teenagers stopped in at the same restaurant to leave  his own R4,444 tip for "hungry Africans".

"The incident left me unsettled and enraged. I knew that I wanted to do something about it. I spoke about the incident with a few friends and shared my frustration, and also an idea that I had," he said.

Waiter Xolani Mbalo, 24, an information technology development graduate from Walter Sisulu University, told the Daily Dispatch in March that he had been harassed by the teens to the point where he quit serving their table.

"They taunted me from the beginning until I quit serving them. When I brought their food, they started making silly remarks, asking me to eat the chips, and when I asked them if I looked hungry, they burst out laughing," he said.

The good Samaritan, who had been on holiday and asked not to be named as he did not want to be the focus of attention, visited the same restaurant earlier in April in an attempt to hand over his tip before departing for Cape Town - but Xolani was not on duty.

"Unfortunately he was not on shift when I arrived and so I left a note and a tip that had been collected from 11 friends - including three people across the globe that I have never met," he said.

The note, left with the restaurant manager, read: "Xolani, I’m sorry that I was not able to meet you. Please accept this small tip of R4,444 'for hungry Africans'. Because what this country needs more of is hungry Africans. Hungry for knowledge. Hungry for justice. Hungry for hope. Hungry to know that they are seen, known and valued," he wrote.

The note was in stark contrast to the previous note left by the teenagers which read: "The R4 tip is for the hungry Africans."

Racism is real in East London ....white kids left a R4 tip for their waiter abd wrote "the R4 is for the hungry Africans"??? at Las Vegas Spur @EFFSouthAfrica pic.twitter.com/twaDFIsfjM

Spur described the behaviour of the teens at the time as atrocious. "We do not condone use of derogatory, racist or sexist behaviour or language," management earlier said in a statement.

The traveller urged Xolani not to allow the bigoted actions of others to fill him with self doubt and said that there were still good people out there.

"Please hear me on something. I’m not wanting to play the hero card here by sharing this. It would indeed be a chilling chastisement of our times if people had to be honoured for doing what is right. That should be a given. I’m also fully aware that giving money in this instance doesn’t really solve the larger issue and may just be dressing a wound," he said in the note.

The traveller said his intention was to stand for what was right.

“I was reminding myself – and hopefully through these few words a few others – that we don’t always have to accept the status quo. In fact, religion and creedal systems aside, it’s a simple civic duty to stand for what is right," he said.

"We live in an age where it is no longer enough to simply be good - we have to do good. Through ordinary people's hearts being broken by the reality of poverty, allowing themselves to be transformed and then placing their heart, hands, and feet in intellectually and relationally uncomfortable places," he added.

Spur management was contacted for comment on the tip but did not respond at the time of publishing. Xolani declined to comment.

The management of Las Vegas Spur in East London has arranged counselling for a waiter  who was “racially abused” by teen patrons who left him a R4 ...
News
2 years ago
Next Article