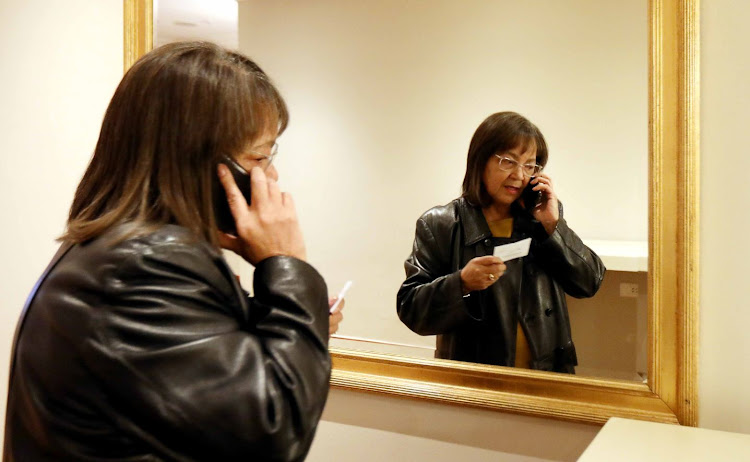 Former DA mayor of Cape Town Patricia de Lille denies she was 'fired' by the party as claimed in an SMS.
Image: Esa Alexander/Sunday Times

The DA believes it will succeed in reviewing Monday's decision by the Electoral Commission (IEC) ordering the party to apologise to Patricia de Lille for telling voters she was "fired" as mayor of Cape Town.

Mike Moriarty, the DA's principal representative on the party liaison committee of the IEC, said the party would go to court to set aside the ruling.

Moriarty believed that a previous case in which it sent an SMS to voters in 2014, where it said the "Nkandla report shows how Zuma stole your money to build his R246m home" stood it in good stead.

The DA has been found guilty of violating the Electoral Code of Conduct for spreading false information about former Cape Town mayor Patricia de ...
News
3 years ago

The DA sent that message to the cellphones of 1.5-million potential voters in March 2014  in Gauteng following findings by the public protector on upgrades to Zuma's Nkandla home.

The ANC took the DA to the high court stating that the SMS was false. The high court dismissed the ANC's application and said an SMS was an expression of opinion.

The ANC appealed the high court decision to the Electoral Court, which ruled in favour of the ANC and held that the statement was false because the Nkandla report did not find that Zuma had stolen "your money" to build his R246m home.

However, the DA appealed that judgement at the Constitutional Court which, in 2015, found the kinds of false statements prohibited by section 89 of the Electoral Act were those that could intrude directly against the practical arrangements and successful operation of an election.

The court gave a number of examples of false statements: such statements could be that a candidate for a particular office had died, or that voting hours had been changed, or that a bomb had been placed, or had exploded, at a particular voting station.

"The SMS at issue here was very far from the practical conduct of the election. It was designed to influence voters' views about the president and his party.

"It was not designed to thwart those who disagreed with its content from exercising their right to vote peaceably and effectively," the Constitutional Court said.

The ANC has poured cold water on claims that President Cyril Ramaphosa is going head-to-head with DA leader Mmusi Maimane in a pre-elections debate ...
News
3 years ago
Next Article