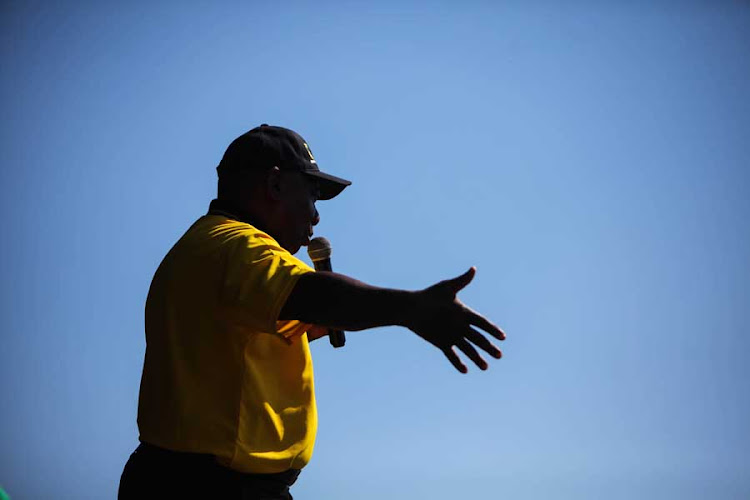 The ANC has poured cold water on claims that President Cyril Ramaphosa is going head-to-head with DA leader Mmusi Maimane in a pre-elections debate organised by the SABC.

ANC head of elections Fikile Mbalula said in a statement on Wednesday that the party was not aware of any debate between the two.

"The ANC refuses to be cajoled into a debate that never was between the ANC president comrade Cyril Ramaphosa [and] DA leader Mmusi Maimane," said Mbalula.

He was reacting to reports that Ramaphosa was going up against Maimane in what would have been an unprecedented pre-elections debate in democratic SA.

News of the pending SABC debate broke on Tuesday when Maimane released a statement saying he was looking forward to debating with Ramaphosa.

Maimane said in a statement that he had received a formal invite to participate in The Big Debate’s official presidential debate which was due to be held on April 28 and to be flighted on SABC 2 and some of the public broadcaster's radio stations.

The family of ANC veteran John "Joe" Nkadimeng has endorsed the ANC for the upcoming May 8 general elections.
News
3 years ago

"I welcome this initiative and look forward to going toe-to-toe with Cyril Ramaphosa to debate our respective plans to deal with our country's most pressing challenges," said Maimane.

He said said the debate would provide an opportunity for him to show the differences between DA and ANC policy and would empower voters to make informed decisions.

"Cyril Ramaphosa has promised to create a culture of transparency and accountability, and this provides him with a perfect opportunity to break with the past and show South Africans he is different to his predecessor," said Maimane.

Mbalula has, however, now strongly denied the ANC's involvement in the debate.

"We strongly dispute what is currently being touted by the SABC, that the organisation has confirmed or is even aware of a debate between its statesman and the DA's Mmusi Maimane," said Mbalula.