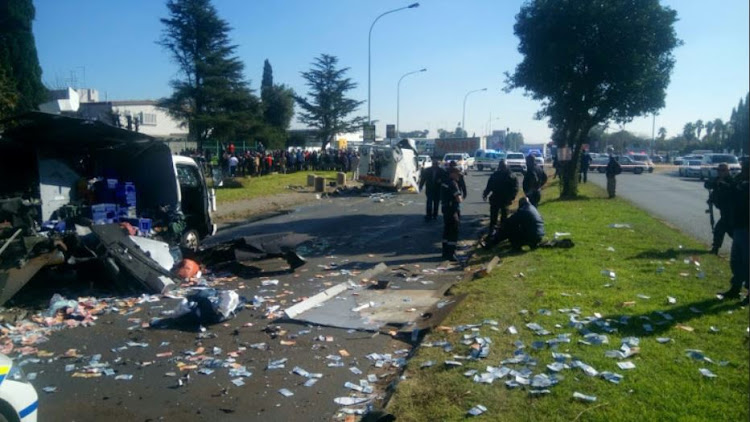 Retailers fear an increase in attacks on businesses this Easter, particularly those handling cash.
Image: TimesLIVE

The upcoming Easter weekend has the country's retailers on high alert amid fears of a wave of attacks by gangs of armed robbers.

This emerged at a cash protection industry media briefing in Johannesburg on Tuesday.

The event was hosted by cash guarding company Cash Connect, whose joint chief executive officer Richard Phillips said they were bracing themselves for an increase in attacks on shops.

“If you look at year-on-year police crime statistics from the period March/April 2016-2017 to March/April 2017-2018, there was a 16% increase in attacks on retailers countrywide,"he said.

“We fear that it could be the same this Easter, which is clearly the flavour of the month for criminal activities because of an increase in cash flowing into the retail space.”

Six burn to death in pre-Easter road carnage in Limpopo

Just days ahead of the Easter traffic rush‚ six people have died in a a car crash near Marble Hall in Limpopo‚ Arrive Alive reported on Sunday.
News
2 years ago

Phillips said Gauteng had the country's highest rate of attacks on retailers - accounting for 46% of all attacks in the country - followed by the Eastern Cape, Mpumalanga and KwaZulu-Natal.

Cash Connect’s statistics are based on statistics from the SA Banking Risk Information Centre, the police and the Consumer Goods Council of South Africa.

Phillips said the retailers that reported the biggest increase in attacks were those involved in liquor. "Within this sector, there has been a 21% increase in attacks year-on-year. We believe that’s because of their heavy reliance on cash,” he said.

Phillips said research showed that only 29% of the country's retailers had automated systems in place, such as safes, to handle cash. "The rest rely on traditional methods of making cash deposits at banks, which makes them incredibly vulnerable to attacks.”

He said while crimes such as cash-in-transit heists against retailers were down in general, that "is not a reason to throw a party".

“There needs to be an enormous effort to deal with criminals involved in attacks on retailers, who when displaced by police anti-crime initiatives turn on softer targets in the retail sector,” he added.