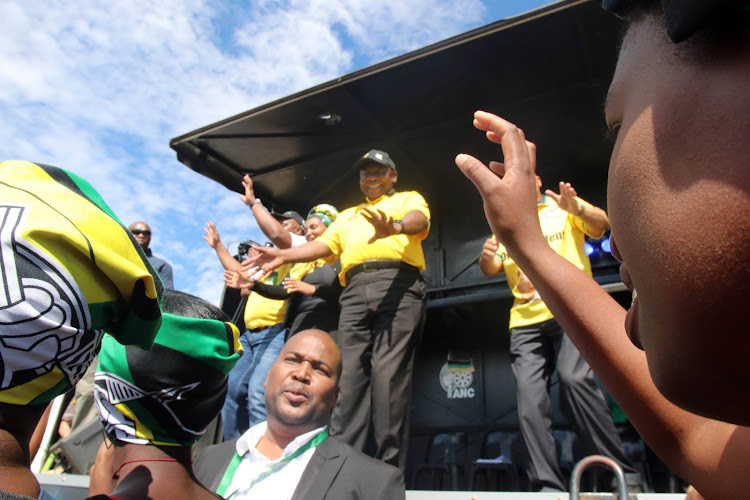 President Cyril Ramaphosa has cautioned the residents of Polokwane not to vote for smaller parties who claim "they are the incoming government".

In an apparent jab at his political rival Julius Malema's EFF in the latter’s home town of Seshego, Ramaphosa discouraged the crowd against voting for "smaller parties who say they are going to lead".

Malema has famously regarded his party as the incoming government, but Ramaphosa threw water on this claim, telling ANC supporters that only his party had the know-how to govern South Africa.

"No other smaller party has the experience to take the country forward," Ramaphosa said in vernacular.

#ANCLimpopo Ramaphosa tells the community in Seshego that there’s smaller parties who claim to be a government in waiting. He says that’s not the case. Only the ANC can take the country forward. pic.twitter.com/MqCAvCJs1d

Ramaphosa took his campaign to Limpopo, were there was palatable frustration at the lack of delivery from the ANC, yet party loyalists pledged to support the party again.

Limpopo is a known ANC stronghold. In the last elections it won 78.6% of the vote, while the official opposition, the EFF, trailed with 10.74%.

Party insiders claim that this time around Malema’s EFF has a real chance of reducing the ANC's majority and is making inroads in the province.

As ANC supporters tracked on to a field in Seshego Zone 2 to listen to Ramaphosa, billboards bearing the face of a youthful Malema shadowed them.

Ramaphosa interacted with some community members of Seshego, who were not afraid to voice their concerns.

At the top of their list was the lack of title deeds for houses built by the government, the lack of services at the local hospitals and the scourge of unemployment.

EFF leader Julius Malema described his first-ever experience on a metro rail train as an "experience and a half” while on the campaign trail in ...
News
3 years ago

When Ramaphosa addressed the community he summarised their concerns, telling them that government was aware of the problems they face.

"I heard you on all the issues you raised. [But] give us another chance," he pleaded.

Ramaphosa conceded that the party made mistakes in the past and that there was a lack of will in the delivery of services.

"We promise to fix the mistakes of the past," he said.

Earlier in the day, Ramaphosa visited Moletši Moshate Tribal Council where the local traditional leadership said the community had given the ANC an ultimatum to connect water and electricity in the area or "their vote will go elsewhere".

Ramaphosa, in response, promised that the local municipality and the mayor would deal with their demands for water.

Despite the threatening talk, the council endorsed Ramaphosa’s presidency and promised to vote for the ANC in the elections.

An assault case against EFF MP Marshall Dlamini was postponed until June 5 in the Cape Town magistrate’s court on Tuesday.
News
3 years ago

In Seshego, community members raised concerns about the lack of housing.

Some waved banners in front of Ramaphosa, demanding that government give them title deeds for their homes.

Ramaphosa said people should vote for the ANC so that it can continue its housing projects. Last week, he promised the residents of Alexandra that the ANC would build a million houses in the next five years.

Ramaphosa repeated the bold promises he has made since the start of the election trail in January, promising to deal with unemployment, pledging to clean up government and calling for people who steal public funds to "wear orange overalls" and be jailed.

Ramaphosa then made his way to the Ngoako Ramahlodi stadium to address the elderly of Seshego.

Here he further punted the ANC successes, saying the party looks after its people by providing social grants.