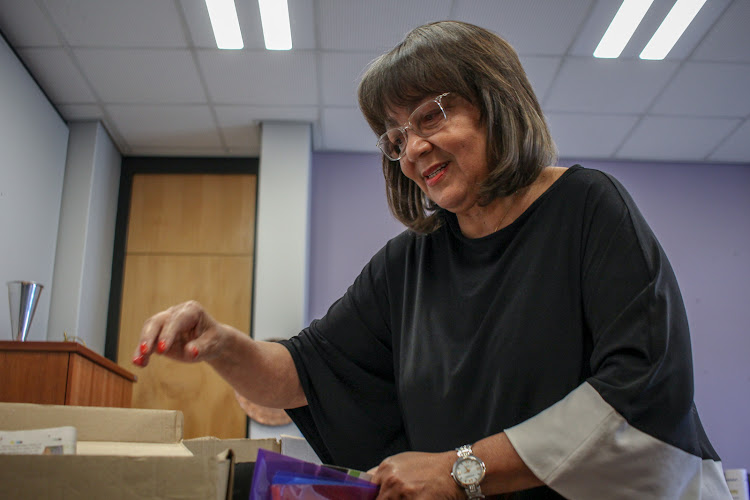 The DA has been ordered to issue a public apology to Patricia de Lille.
Image: Anthony Molyneaux

The information was spread via their telescripts to voters, and claimed that she was fired from the DA.

De Lille - who has since started a new party, Good - said the DA had also been ordered to issue a public apology.

She said the offending script was brought to her attention during campaign visits to the North West, Northern Cape and Gauteng.

De Lille said at the time that the claims by the DA were designed to damage her name.

"The script provided to their call centre agents and election agents publishes false and defamatory statements about me, and their intention is to influence the outcome of the election," De Lille said.

De Lille stepped down as mayor of Cape Town at the end of October after a lengthy conflict with the DA, and launched Good several weeks later.

Leader of the newly-formed Good party Patricia de Lille has been nominated as the party’s premier candidate for the Western Cape in the upcoming ...
News
3 years ago

The politics of control

A live television debate between youth leaders of the ANC, DA and EFF was recently broadcast.
Opinion
3 years ago

In its findings released on Monday, the commission said that the statement that De Lille was fired was false.

"This finding is based on the agreement concluded between the parties on August 4 2018 and the resignation letter of Ms De Lille, dated August 3 2018," the commission said.

The commission said the DA, in its own submissions, admitted that "Ms De Lille resigned as mayor in exchange for the DA dropping the disciplinary charges against her".

The commission said the DA's claim that the script was not to be read out verbatim was disingenuous.

The commission said it was a violation of the Electoral Code of Conduct for the DA to make a manifestly false statement.

"With regard to the complaint that the canvassing script constitutes a contravention of  sections 89 (1) and (2) of the Electoral Act, this is a matter for the courts to decide," the commission said.

The commission directed the DA to cease and desist from making any further false statements in relation to De Lille having been "fired" from the DA.

It also ordered the party to issue a public apology for the false statement within three days after receiving the order.

"The commission's directive ... does not limit either party's right to pursue any other remedies in the Electoral Court."

Mike Moriarty, the DA’s representative at the IEC, said although it it took note of the IEC's decision, the party felt the matter could be challenged.

"We are seeking legal advice in this regard," Moriarty said.

He said the DA maintained it had fired her.

"We did not want her to be part of our government anymore. That is tantamount to firing her," Moriarty said.

ANC secretary-general Ace Magashule could find himself in hot water after he was filmed giving cash to a woman while on the campaign trail.
News
3 years ago
Next Article