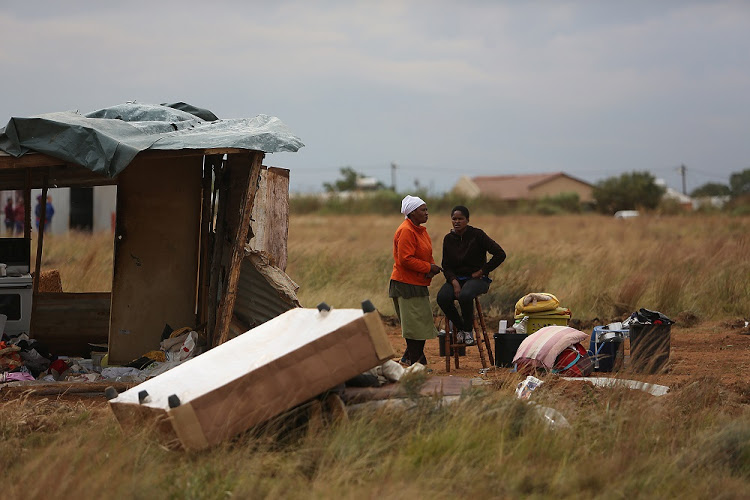 An attempt to evict squatters resulted in a violent protest in Rustervaal, Vereeniging, on Wednesday.
Image: Alon Skuy

"We are blaming the ANC for this. The ANC is corrupt. We can't live with people who come from Joburg or Limpopo and put shacks up here. We won't allow it‚" one woman from the group of protesters said.

Residents blockaded the main street leading into the area with burning wood. Some pelted passing cars with stones. There was a heavy police presence and officers tried to calm the situation but residents remained firm in their demands for housing officials to address them.

After failed calls for the crowd of around 100 people to disperse‚ a police Nyala was seen driving on the main road‚ where officers then fired rubber bullets.

Violent scenes played out at the informal settlement‚ known as Ramaphosa village‚ earlier this week as the Red Ants attempted to dismantle shacks and evict the occupants.

At least two people were reported to have been killed with three others taken to hospital.

Residents of Ramaphosa village in Vereeniging have vowed to remain in the area despite their shacks being demolished by the Red Ants - leaving them ...
News
2 years ago
Next Article