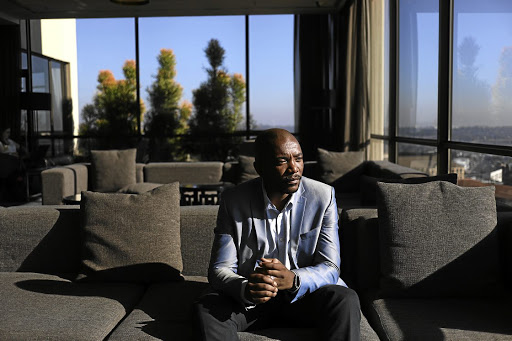 Coalition governments are the future of the country, otherwise a one-party state will further entrench state capture.

This is the view of DA leader Mmusi Maimane, who said he was ready to govern through coalitions after the elections but warned that through experience, that kind of governments needed an agenda.

"Coalitions are the future, we have learnt valuable lessons after local government elections where we are governing through coalitions.

"There must be shared principles and agenda that all parties agree to when they enter into coalitions," he said.

The DA is governing the City of Joburg and the City of Tshwane through coalitions after there was no outright winner during the 2016 local government elections. He said in Nelson Mandela Bay, there was a party that was forcing them to hire their friends after entering into a coalition.

Maimane said although Solly Msimanga was no longer mayor of the City of Tshwane, with time the public would realise his decision to fight the multi-million rand contract given to GladAfrica was right.

The ANC is worried about the possibility of not winning the majority of votes in Gauteng in the coming elections.
News
3 years ago

However, he said he does not regret his party's decision to form coalitions at local government with other parties.

"Let's not believe the lie that coalitions do not work. There are successful countries like the Netherlands and Germany which are governed through coalitions. These countries have a plan and we will also need a plan to govern successfully."

Maimane is aware that the DA may not win the May general elections outright, hence positioning his party to govern through coalitions.

He said he was aware that Freedom Front Plus was canvassing claiming it would protect white people's interests should it win the elections, with the hope that it would take away the DA's constituency.

"South Africa is being polarised, some are saying their parties are for white people, this is another way of having regression. The DA is a party for all people," he said.

He said the DA wanted a modernised government that could run itself without relying on issuing tenders. He said already, his party had a good history of being able to create jobs where it governed.

"I am not saying all is well but in the Western Cape, we have managed to create jobs per household. Where we are governing there is no corruption. DA leaders do not steal."

Maimane said SA needed integrated implementation plans that would work in all three spheres of government, saying the municipalities were the future because they have to drive implementation.

"Municipalities can grow the economy, create sustainable jobs ... and this is what we are doing where we govern municipalities," he said.

Maimane said he would also like to see economic reform that would include the breaking down of state-owned enterprises and privatising the SAA, modernising government and eradicating corruption. "Whatever plan we come up with or implement should benefit the people.

"The people must come first. We do not make empty promises," he said.