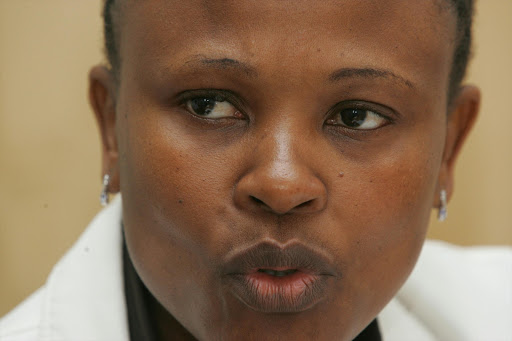 The second subpoena, which was also sent to former Sars commissioner Oupa Magashula, who succeeded Gordhan, comes after EFF deputy president Floyd Shivambu filed a complaint against Gordhan for launching the unit, known as the High Risk Investigation Unit, in 2009 when he was Sars commissioner.

“I can confirm that a second subpoena had been served on minister Gordhan by the public protector in relation to an investigative unit at Sars.

“The same set of allegations have been investigated repeatedly by various institutions – including the office of the PP in 2014 – and no conclusive evidence could be found of any illegality by Sars or minister Gordhan.

“The latest subpoena was leaked to the media whilst we were in the process of consulting counsel to determine the most appropriate legal response to what clearly amounts to persistent harassment of minister Gordhan and a flagrant abuse of office.”

He labelled the subpoena as “also another example of a fightback campaign to disrupt efforts to uncover and prosecute instance(s) of malfeasance and corruption in various entities of government.

“We must once again call on the SA public to connect a new set of dots and get an appreciation for the determined efforts to distract public attention from the broad attempts to ensure clean governance in our country,” said Lackay.

Shivambu told Sowetan that he filed the complaint against Gordhan because the unit he formed had illegal intelligence capabilities and its formation was never proclaimed by the president of the country.

Mkhwebane’s spokesperson Oupa Segalwe last night declined to comment. “We are not going to be doing this investigation through the media.”

In November, Mkhwebane released a statement saying she had subpoenaed Gordhan after he failed to provide a response in four occasions between February and July 2018 on allegations that he irregularly approved former Sars deputy commissioner Irvan Pillay’s pension.

Judge Robert Nugent, who headed a commission to probe affairs at Sars, said in his report last year that he did not understand “why such a unit was considered to be unlawful”.

"That members of the unit might at times have acted unlawfully, that SARS employment policies might have been breached, that members might unlawfully have acquired and used equipment, all of which came later to be alleged, I see no reason why SARS was and is not entitled to establish and operate a unit to gather intelligence on the illicit trades, even covertly, within limits," wrote Nugent