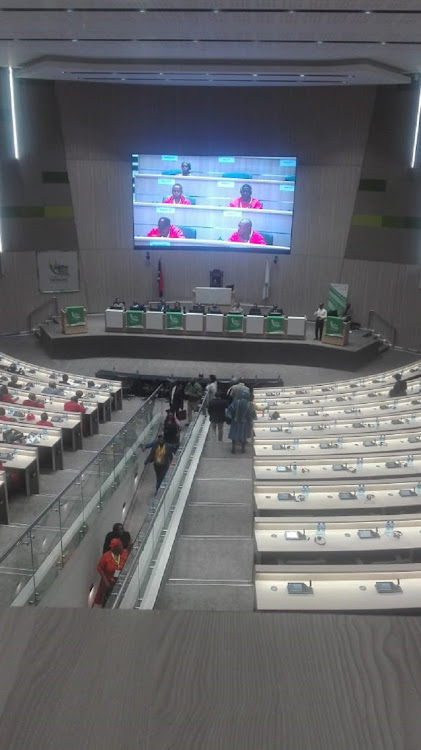 ANC councillors walk out of the council chambers before the 2019 State of the City address in Tshwane today.
Image: Isaac Mahlangu

ANC councillors staged a walkout from the council chambers in Pretoria ahead of mayor Stevens Mokgalapa's maiden state of the city address.

All ANC councillors left the chambers promising to attend to several shutdowns in townships across the city today.

Party councillors said they cannot "fiddle" and listen to Mokgalapa's address while "Tshwane was burning."

They were heckled by EFF councillors as they left the chambers before Mokgalapa's address this morning.

There were reports of traffic disruptions on the N1 freeway next to Hammanskraal due to a shutdown as resident protested over service delivery, mainly water supply problems.

Schooling was disrupted in Winterveldt this morning amid reports of another protest action.

Entrances into Soshanguve and Mabopane townships were barricaded with burning tyres this morning while taxi drivers were also protesting in parts of Mamelodi.

Meanwhile in the CBD it was business as usual as metro police manned the intersection preparing for parade ceremonies ahead of the address.

Tshwane Metro Police announced that the following streets and intersections in the inner city will remain closed until 12:00: