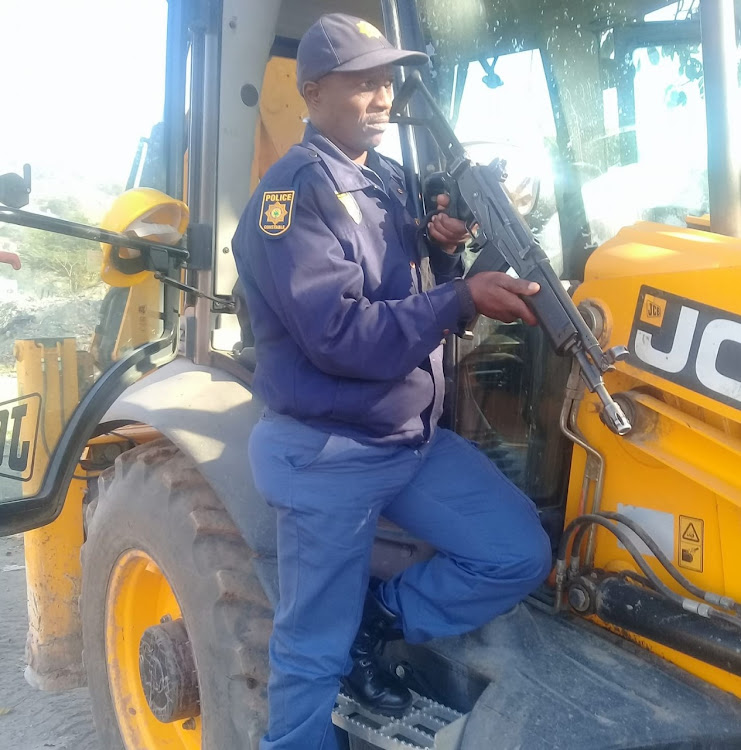 A police reservist was shot dead when he came across a group of armed men in police uniform who were robbing a business in Mariannhill, KZN, on Monday.

Police spokesperson Capt Nqobile Gwala said Const Malusi Mahlangu was shot when he responded to a robbery about 1pm.

"They opened fire on him. He sustained gunshot wounds to the neck and was declared dead at the scene. The suspects took airtime and cash from the business premises and fled the scene with the victim’s private firearm and two state firearms."

Gwala said cases of murder and business robbery are being investigated by Mariannhill police.

Three police officers attached to the KwaZulu-Natal taxi violence unit have been granted bail of R10,000 each following their appearance in the ...
News
2 years ago

Unsuspecting traffic cops stumble into a saga of guns, cash and booze

A complaint about a man threatening staff at a motor dealership quickly spiralled into a case involving illegal guns, stacks of money and an ocean of ...
News
2 years ago
Next Article