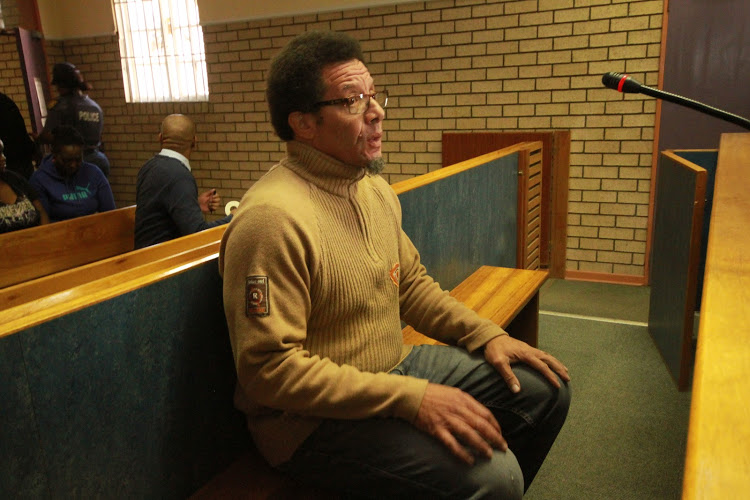 Retired US marine Karl Kamal Rashid has been jailed for 35 years for strangling an unknown man to death, putting his body in a car and setting the vehicle alight, to fake his own death before defrauding Outsurance and FNB of half a million rand.

On Tuesday, Mthatha high court acting judge Noluthando Ndzondo, sitting in Sterkspruit, sentenced Rashid to 20 years for murder, and a total of 15 years for the three fraud counts (five years for each), the Daily Dispatch reports.

Rashid, now aged 58, has already been behind bars since 2012, after being denied bail.

Initially, he was believed to have died when his burnt-out Volvo containing the charred remains of a body was discovered in 2011 in Sterkspruit, a small town in the Eastern Cape. Rashid’s watch was strapped to the corpse's wrist.

He was arrested when he was found living in a Free State flat rented under the name of his wife, who was formerly in the SA Air Force.

The couple met when she went to the US for a military training course. They married in Florida, US, in 2002 and subsequently moved to her home town of Sterkspruit, where they divided their time between rented accommodation in the town and her rural home in Manxeba. She worked as a manager of a beauty parlour while there was talk in the dusty little town that the burly former soldier was considering opening a gym.

Ahead of sentencing on Tuesday, Rashid admitted to the murder and apologised to both the American and South African governments.

"In all the 23 years I have been a soldier, I never killed anyone. But it is now - here, away from my country - that I made a stupid mistake," he told the court.

Karl Kamal Rashid was believed to have died when his burnt-out Volvo containing the charred remains of a body was discovered in 2011 in Sterkspruit, ...
News
3 years ago
Next Article