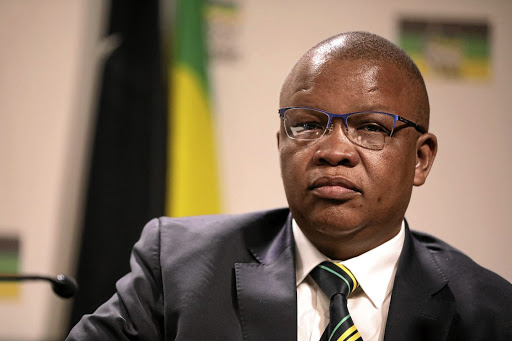 The ANC has backpedaled on comments made to Sowetan's sister publication Business Day by its acting spokesperson that it would no longer continue with its application to cross-examine former Bosasa COO Angelo Agrizzi.

ANC acting spokesperson Dakota Legoete told Business Day on Tuesday that the party had decided not to ask the state capture inquiry for the right to cross-examine Agrizzi about his claims that Bosasa gave R12m to the ANC’s top six officials from 2004 to 2006.

“Mr Agrizzi has clarified that these alleged payments to the top six were donations. They were not bribes,” Legoete said at the time. “We have received legal advice that there is therefore no need to cross-examine him.”

However on Wednesday, Legoete issued a statement saying the party would proceed with the cross-examination.

“The headlines quoted the statement of the ANC acting spokesperson, in the process misrepresenting the position of the ANC.”

Legoete now says the party was in fact still waiting for the legal opinion at the time that he made the comments to Business Day.

“Although Mr. Agrizzi changed some of his allegations, the ruling party has no intention of ceding its constitutional right to cross-examine him, in order to get to the truth behind his very grave allegations.”

Agrizzi’s lawyers said they have not been notified of, or received, the application to cross-examine him.

Inquiry spokesperson Reverend Mbuyiselo Stemela told Business Day on Wednesday that he could not confirm whether the ANC had applied to cross-examine Agrizzi or not, as the commission doesn’t comment on internal processes.

Last week, the ANC flip-flopped on whether to retract a long and angry statement about investigative journalist Pieter-Louis Myburgh’s book on the party secretary-general Ace Magashule.

Only one out of the total 53 objections by the public to party candidates submitted to the IEC has been upheld.
News
3 years ago

In the statement, the party accused Myburgh of being a “Stratcom” agent and argued that his book was designed to undermine the ANC before the May elections.

The party initially said it would retract the statement, but later changed its mind.

“After receiving a legal brief we have been advised not to retract our statement,” Legoete said at the time.

In September last year ANC communicator Phelisa Nkomo issued a statement “imploring” the Reserve Bank's monetary policy committee members to “prioritise the plight of poor South Africans” after the Bank had announced its decision to keep the repo rate unchanged.

The statement suggested the ANC was attempting to influence the Bank’s decision, a violation of its independence, which is enshrined in the constitution.

The ANC’s economic policy head Enoch Godongwana moved swiftly to retract Nkomo’s statement. He was emphatic in his statement that the ANC respects the independence of the Reserve Bank.