President Cyril Ramaphosa was one of the first people to travel in Prasa's new commuter train - the first of its kind to be built in South Africa - when he took a short ride in Cape Town on Tuesday.

He had a remarkably different experience compared to three weeks ago when he boarded a train in Mabopane hoping to arrive in Pretoria in 45 minutes. That train broke down and arrived at its destination three hours later.

But on Tuesday, the fast - albeit bumpy - train ride between Cape Town station and Mowbray arrived back in Cape Town on time for the president to make his next appointment at Beyerskloof wine farm in Stellenbosch, where he was expected to meet farmers.

The new train is among 35 that transport minister Blade Nzimande promised to roll out on the Cape Town Metrorail service before the end of 2020. Another 35 are expected to bolster the eThekwini metro.

Metrorail is expecting to receive 600 of these trains by 2020, with the new Gibela factory in Nigel, east of Joburg, churning out 30 coaches a month. They are the first new commuter trains to be built in SA in nearly 40 years. 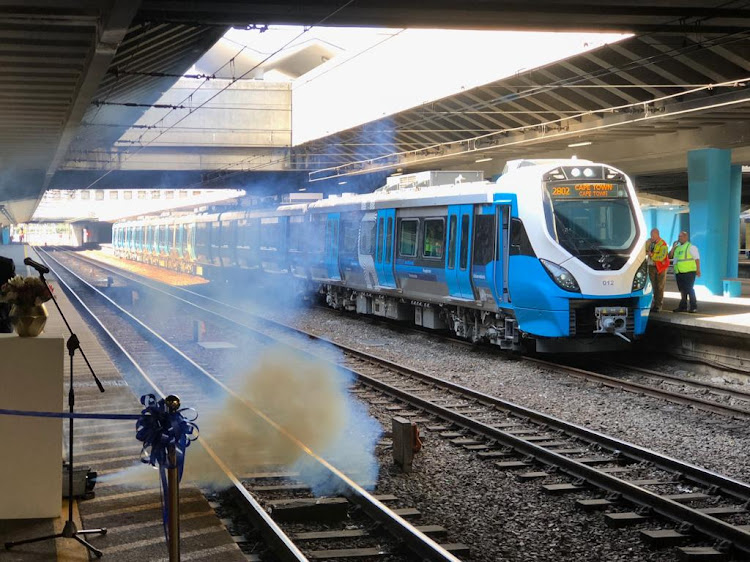 Cape Town's Metrorail service has been severely affected by a series of arson attacks on Prasa's commuter rail service since 2012. By October 2018, the city's commuter train fleet had been halved due to the attacks, with only 44 trains able to run out of a total of 90 before the fires.

The new trains are less susceptible to fire and have several new security features, including built-in cameras.

Despite the modernity of the trains, Tuesday's ride still proved to be shaky - partly due to the new train's speed and the old infrastructure.

Ramaphosa said Prasa was focusing on bringing rail travel in Mzansi up to date. "This is one of the areas of focus," he said.

DA leader Mmusi Maimane is to meet with the PP Adv Busisiwe Mkhwebane‚ on Tuesday for an update regarding his complaint that President Ramaphosa ...
News
2 years ago

President Cyril Ramaphosa faced some tough questions during a public engagement in Sandton on Thursday.
News
2 years ago
Next Article