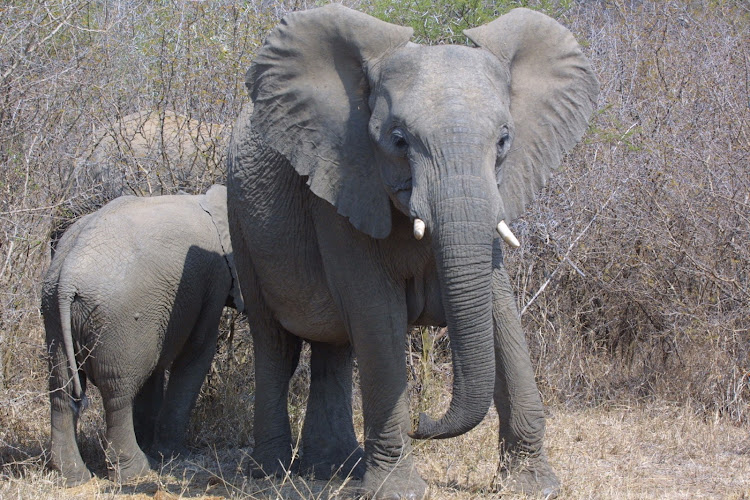 The police say the family of a man who was killed by an elephant and devoured by lions last week is the one that alerted the authorities about where his remains could be found.
Image: Sydney Seshibedi

The death of a suspected poacher in Kruger National Park has caught the attention of animal lovers and conservationists.

Here's what we know so far about what happened - and the charges faced by his alleged accomplices.

Mpumalanga police spokesperson Brig Leonard Hlathi confirmed the incident, alleging the man had been poaching in the park on Tuesday April 2 when he was attacked and killed by an elephant.

Hlathi said the man's associates informed his relatives of his death after they claimed to have carried his body to a road, where he could be found. "Once outside, they reportedly informed a relative about the dead man and about their ordeal," he said.

Search to recover the remains

The park's communications officer, Isaac Phaahla, said the family called Skukuza regional ranger Don English to ask that the man's remains be recovered. Hlathi said a search party was put together, which eventually led to the discovery of the man's skull and trousers in the Crocodile Bridge section on Thursday April 4. He is believed to have been eaten by lions.

A human skull and a pair of pants found in the Kruger National Park (KNP) are believed to be those of a man killed by an elephant while poaching with ...
News
2 years ago

After a search for the accomplices of the suspected poacher, police managed to arrest  three men, aged between 26 and 35. They arrested the men in the Kamhlushwa and Komatipoort areas, also seizing two hunting rifles and ammunition.

The three men have appeared in the Komatipoort magistrate's court on charges of conspiracy to poach, trespassing and possession of firearms. They will remain in police custody until their formal bail application on Friday.

The park's managing executive, Glenn Philips, praised the search team for working hard to ensure that the family of the dead man could find some closure. He extended his condolences to the man's family.

He advised people not to enter the park on foot, illegally or unsupervised.