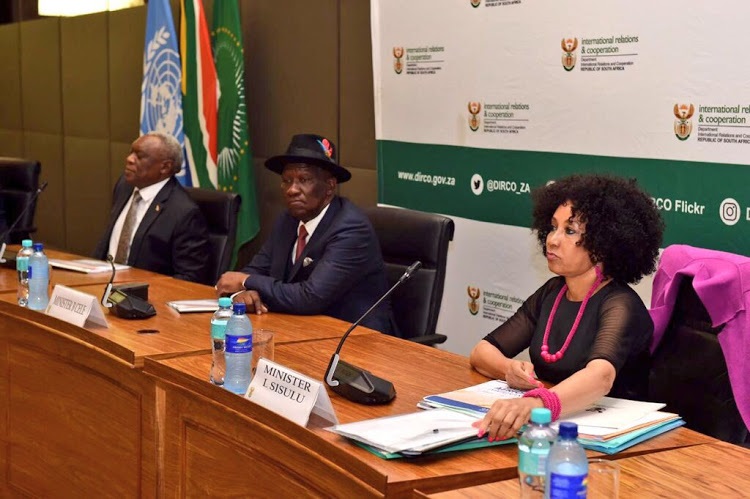 Longstanding criminal justice failures and toxic populist rhetoric were some of the unresolved issues behind the latest round of xenophobic violence against refugees and migrants in South Africa.

This is the view of executive director of Amnesty International South Africa Shenilla Mohamed after a follow-up meeting in Friday between three South African ministers and heads of the diplomatic missions represented in South Africa.

The meeting in Pretoria followed the one held on Monday and hoped to find a lasting solution to xenophobic attacks which flared up in Durban last week.

In one incident‚ about 100 Malawians fled to the Sydenham police station in Durban when their unemployed neighbours in the Burnwood informal settlement kicked down their doors and forced them out of their homes. No one was injured or assaulted.

“For many years‚ South African authorities have largely failed to address past outbreaks of xenophobic crimes that have been seen in the country since at least 2008‚ including bringing those suspected to be responsible to justice‚” Mohamed said.

She said political leaders must also stop making discriminatory and inflammatory remarks about migrants and foreign nationals‚ especially in an apparent attempt to gain votes in the current election season.

“Rather than making comments that risk fanning the flames of xenophobia‚ the authorities must act to counter stereotypes‚ eradicate discrimination and foster greater equality and social cohesion in South Africa.”

Mohamed said South African authorities must come up with a top-down security approach to ensure effective protection for refugees‚ migrants and asylum seekers against xenophobic attacks.

More foreign nationals have sought shelter in a Durban police station and a mosque following a flare-up of xenophobic violence on Tuesday night.
News
2 years ago

“The government must take concrete steps to hold suspected perpetrators to account. That begins with tackling impunity for past xenophobia-related crimes.”

Sisulu said in the next meeting‚ they hoped to deal with the socio-economic problems that gave rise to these sporadic attacks.

“We are beginning to understand that usually these sporadic reactions of the communities‚ they usually react to some kind of activities on the ground‚” Cele said.

“We should all condemn criminality and violence‚ whether caused by South Africans or foreigners‚” Cwele said.