Main parties go all out for Gauteng 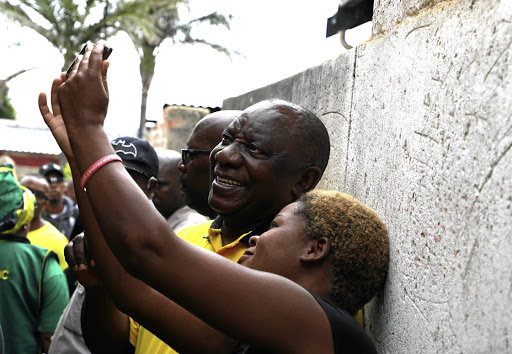 The battle for the control of Gauteng - the country's economic heartland - is hotting up with at least two main political parties, the ANC and the DA, ramping up their campaigns in the province to win votes.

With elections now just a month away, both the DA's top leadership and the ANC's top six leaders are going door-to- door to campaign for votes.

The upcoming elections are expected to be the toughest fought in the province since the dawn of democracy. This is after the DA won two major metros - Johannesburg and Tshwane - during the local government elections.

The metros are now controlled by DA-led coalition governments with smaller parties, including the EFF - which is deemed to be the kingmaker in councils.

The ANC stands a realistic chance of dropping under 50% of votes and the opposition parties are looking to capitalise on its decline.

Since the beginning of the year, the ANC has deployed its top guns across the length and breadth of the province.

The deployment has shown how serious the party is about retaining the province and, perhaps shooting beyond 60%.

The DA, however, has pulled out its former executive mayor Solly Msimanga - the party's premier candidate - to garner support, accompanied by other top party leaders including Mmusi Maimane.

The EFF, on the other hand, seems to be focusing on other provinces, leaving much speculation that the red berets are waiting for the final hurdle before elections to campaign.

On Thursdays, ANC president Cyril Ramaphosa and Gauteng premier David Makhura have been visiting townships in Tshwane, Ekurhuleni, Johannesburg and the Vaal in a bid to reclaim lost ground. With a population of about 12-million, the ANC's support has been declining since its two-thirds majority back in 1999.

Last week, Ramaphosa was in Tembisa, Ekurhuleni, one of SA's biggest townships and an ANC stronghold in terms of electoral support which is governed by Mzwandile Masina through a coalition.

With mounting fears that the party may continue losing support, Ramaphosa urged residents to vote for the party instead of staying away from the polls like they did in 2016.

Speaking to Sowetan, Maimane said it was important for the DA to take advantage of the ANC's decline in support. "If you look at the 2016 election results, it is very clear that the ANC is out of power here and when you look at our [service] delivery model both in City of Joburg and Tshwane, you can see change.

"The ANC . still dream of a better yesterday, a better dream of our parents instead of dreaming for a better future for our kids ." he said.

"The EFF is contesting state power, it doesn't have to justify itself. Gauteng contributed just over 40% of the votes of EFF national and we need to protect and grow that."

As we draw closer to the polls on May 8, national election campaigns hugely overshadow the provincial ones.The ANC controls all the provinces ...
Opinion
3 years ago