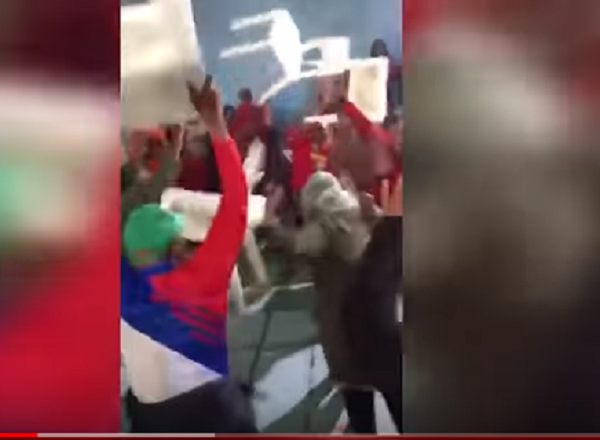 The election debate in Hout Bay‚ Cape Town‚ dominated social media after chaos erupted at the event on Friday morning.

In video footage that has gone viral‚ party supporters can be seen throwing chairs at each other.

The debate‚ which was broadcasted on SABC Morning Live‚ was called off because of the disruption.

Members started arguing‚ shouting and pointing fingers in each other's faces while others tried to break up the altercation.

Many on social media were appalled by the clash‚ with others citing lack of political tolerance.