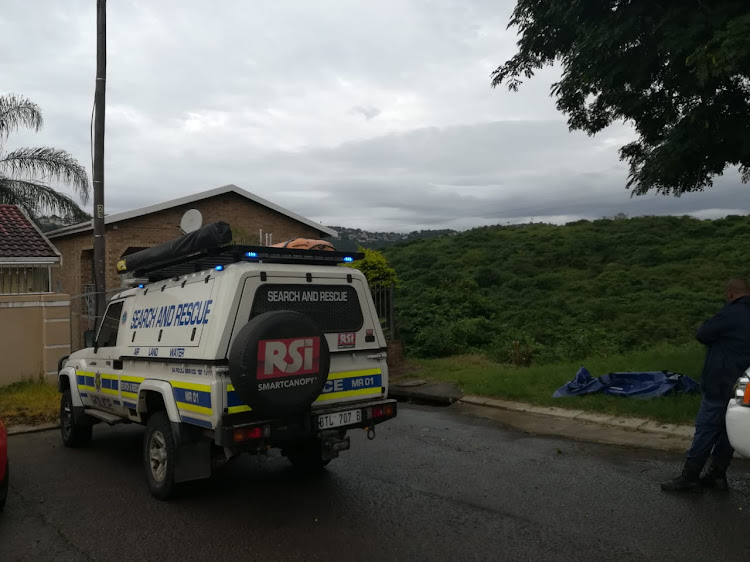 Search and rescue personnel on the scene in Newlands West, Durban, where the body of a man was recovered from dense bush on April 5 2019.
Image: Supplied

Police have opened an inquest docket following the death of a man who was shot while allegedly fleeing the scene of a housebreaking in Durban in the early hours of Friday.

"Members of Durban Search and Rescue and the Metro Police's search and rescue were called out to Newlands West to recover the body of an unknown male who was shot while allegedly fleeing the scene of a housebreaking in Wadfield Crescent. The body was located by the SAPS K9 unit 800m down a steep slope in dense bushes."

Zwane said the team used a rescue basket to carry the body to the road.

"A case of murder has been registered," he said, and police were also investigating the  housebreaking.

A 50-year-old man died after trying to take on a gang of armed robbers who stormed and ransacked his Durban home on Tuesday night.
News
2 years ago

Two suspects have been arrested following what is believed to have been a botched cash-in-transit heist at a shopping centre in Empangeni in ...
News
2 years ago
Next Article