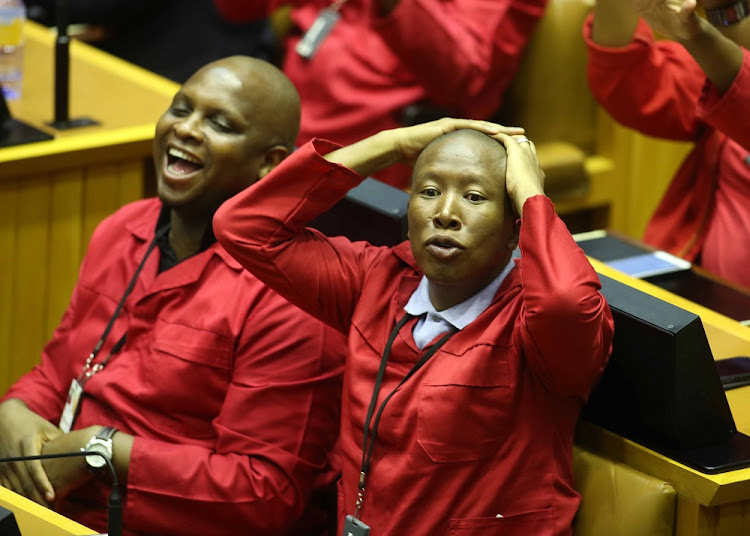 A member of parliament for the EFF has accused party leader and his deputy Julius Malema and Floyd Shivambu of using party money to fund their lifestyles.

Thembinkosi Rawula, an MP who also sits on the public enterprise committee, took to Facebook on Friday to make the accusations.

According to Rawula, Malema and Shivambu have allegedly taken more than R35m belonging to the party for personal use.

This money, according to Rawula, includes R25m the EFF gets from the National Assembly, R10m membership funds, R1.7m from councillors’ contributions, as well more than R400,000 contribution by the MPs.

“All these monies are centralised in the EFF under the control, abuse and dictatorship of Julius Malema and Floyd Shivambu. They have made it clear that this is their organisation and all of you have come to join us, not the other way round. In the EFF, there is a treasurer-general called Leigh Ann Marthys, unfortunately she only administers petty cash of the EFF,” said Rawula.

EFF media liaison officer Sixolise Gcilishe said they had been made aware of the allegations but was not at liberty to comment.

“It has come to our attention and I'm trying to get hold of our leadership. I will let the media if there is something [we want to say],” said Gcilishe.

Rawula also alleged that party members have never received a financial report since 2014.

“And when occasionally we find courage to ask about it, we are chastised as spies, treated with disdain and threatened to be removed from parliament. So for the past five years, we had to think with our stomachs rather than objectively engaging the executive [and] holding it accountable,” said Rawula.

Journalist Karima Brown has been sent a reply from EFF leader Julius Malema regarding an incident where she mistakenly posted an editorial brief on ...
News
3 years ago
Next Article