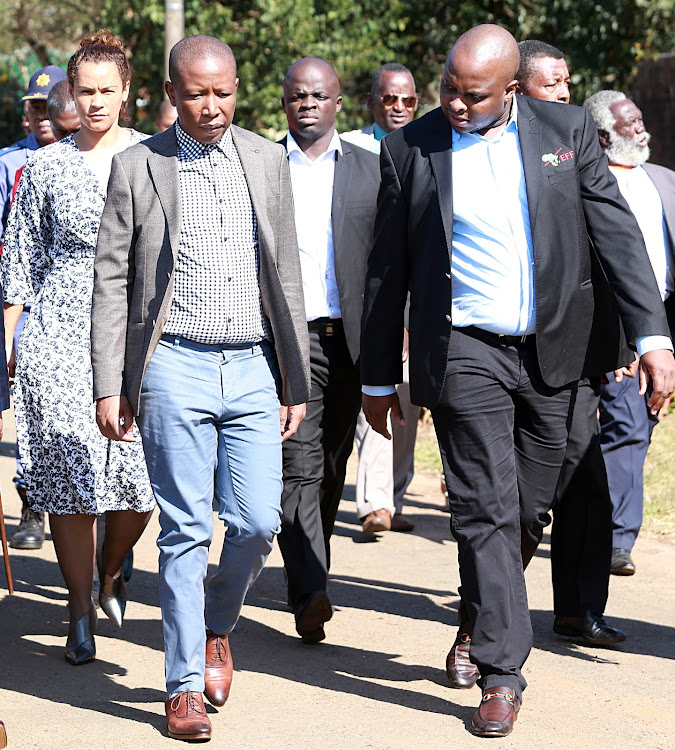 The EFF has poured cold water on sensational claims made by former central command member Thembinkosi Rawula that party money was mismanaged by Julius Malema and his deputy Floyd Shivambu.

Rawula made a number of claims about party finances in a public post on Facebook on Friday.

"I have been the national leader‚ a central command team member of the EFF since 2014 and we have never had [a] financial report and when occasionally we find courage to ask about it‚ we are chastised ... treated with disdain and threatened to be removed from parliament‚" he writes.

A member of parliament for the EFF has accused party leader and his deputy Julius Malema and Floyd Shivambu of using party money to fund their ...
News
3 years ago

"So for the past five years we had to think with our stomachs rather than objective engaging the executive holding it accountable‚” he adds.

Rawula said money allocated to the party by parliament could not be cashed in terms of treasury rules‚ but alleged that Malema and Shivambu had used "training providers" - who had inflated costs by 250% - and creamed off 150% of the inflated costs.

He also claimed the pair ran the party like a "dictatorship".

"You need only to ask yourself a simple question: would parliament‚ IEC‚ legislators and councils give us money [party funding] for five years without any audited financial statements?"