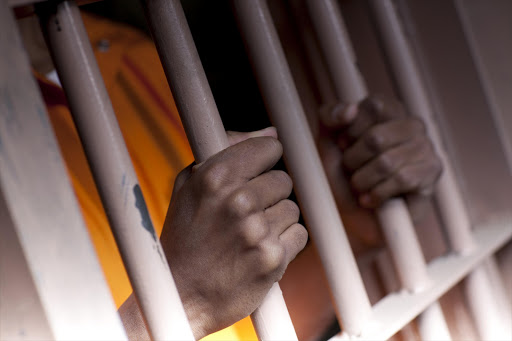 Police expressed relief at the lengthy sentences meted out to the men.
Image: Gallo Images/Thinkstock

Two men who raped a 27-year-old woman after dragging her to a shack have been slapped with life sentences by the Grahamstown High Court.

The incident took place in September 2018 in Bathurst in the Eastern Cape.

“The accused, Zanoxolo Magengqe, 33, and Bongani Budaza, 28, both from Freestone in Bathurst, grabbed the 27-year-old victim and dragged her to one of the suspects’ residences while she was walking home from her uncle’s house,” said police spokesperson, Captain Mali Govender.

“A police vehicle, which had responded to a complaint by a member of the community of a person crying for help, arrived on scene. The police found the victim inside the shack with both suspects, whom they immediately arrested and detained,” said Govender.

Police expressed relief at the lengthy sentences meted out to the men this week.

Brigadier Morgan Govender, the cluster commander in Port Alfred, commended the officers and the investigator for a job well done.

“Your diligence and commitment has paid off in keeping another two violent criminals behind bars. Continue to restore the faith of vulnerable victims that justice will prevail," he said.

A woman who was caught raping her 10-year-old male cousin after a birthday party has received a life sentence‚ police said on Wednesday.
News
3 years ago

A KwaZulu-Natal man has been sentenced to life behind bars for raping a 14-year-old relative at gunpoint.
News
3 years ago
Next Article